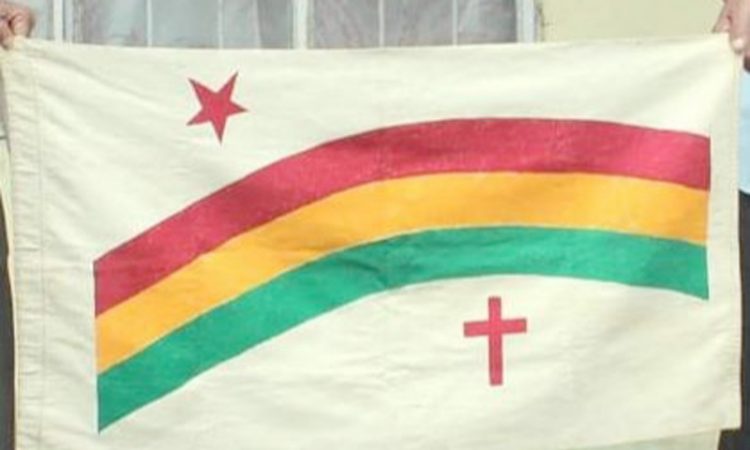 DIMAPUR, JANUARY 6: One of the Naga women, who weaved the first Naga national flag, Lathon Kemp passed away on Tuesday at her native village Sendenyu, under Rengma region.
The NSCN (IM) has expressed grief at the demise of Lathon Kemp, one of the Naga women who weaved the first Naga national flag, yesterday.
“We thank God for giving her full life as her life lasted from 1924 to 2021,” the NSCN (IM) stated in a condolence message.
“Naga people believe that God must have inspired her to work on this flag to give political meaning and identity to the Naga people as a nation. Henceforth, the Naga political movement was carried out under the banner of this God given flag. It was this beautiful flag with rainbow and Bethlehem star that inspired and lead the Naga people throughout. This flag is also identified as God’s covenant with the Naga people that He will be with the Nagas,” it further stated
The NSCN (IM) saluted the woman and expressed deepest condolences to the bereaved family members and her close friends who have stood by her till the last breath of her life.
As a mark of respect to Lathon Kemp, the Naga national flag would be hoisted half mast tomorrow (7th January, 2021), it informed. (Page News Service)