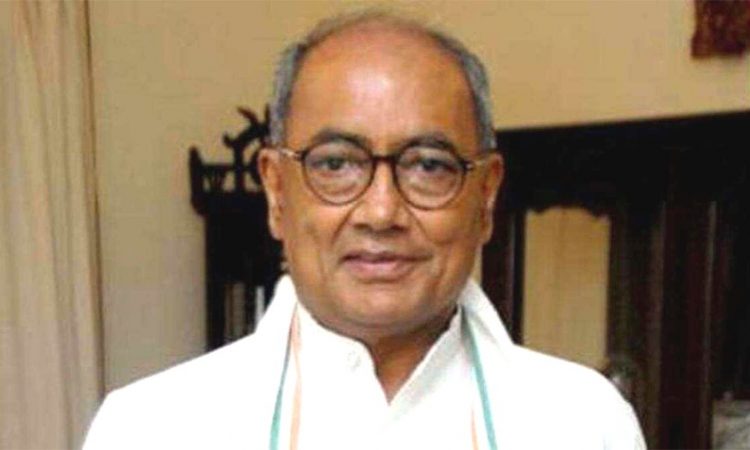 Bhopal, November 3: Amid the polling for by-elections on 28 assembly seats in Madhya Pradesh on Tuesday, Congress veteran Digvijaya Singh questioned the use of Electronic Voting Machines (EVMs) in India, saying the device is prone to hacking.
Chief Minister Shivraj Singh Chouhan responded to Singh, stating that the Congress has already sensed its defeat in these bypolls and hence its party leader is finding fault with EVMs which are being used in India during polls for decades.
“In a technological age, developed countries dont trust the EVM, but elections in India and some smaller countries are conducted by EVMs.
“Why don’t developed countries use (EVMs)? Because they don’t trust EVMs.
“Why? Because the chip in it can be hacked, Singh tweeted and posted a news item mentioning the list of countries using these devices.
Reacting to Singh’s tweet, Chouhan, while talking to reporters at the BJPs state headquarters here, said, “The Congress has started making ground for its imminent defeat in the bypolls by blaming the EVMs. Digvijaya Singh is raising questions on the EVMs now.”
Chouhan said, These are the same EVMs that led to the Congress victory on 114 seats in MP in 2018. These EVMs were fine at that time.
The BJP leader said the same EVMs were used in the 2018 assembly polls in Chhattisgarh and Rajasthan, where the results when in favour of the Congress.
The ruling BJP and the Opposition Congress are locked in a bitter fight for supremacy in the bypolls in Madhya Pradesh.
The BJP has to win at least nine of the 28 seats to reach the halfway mark (116) in the 230-member state assembly.
(PTI)