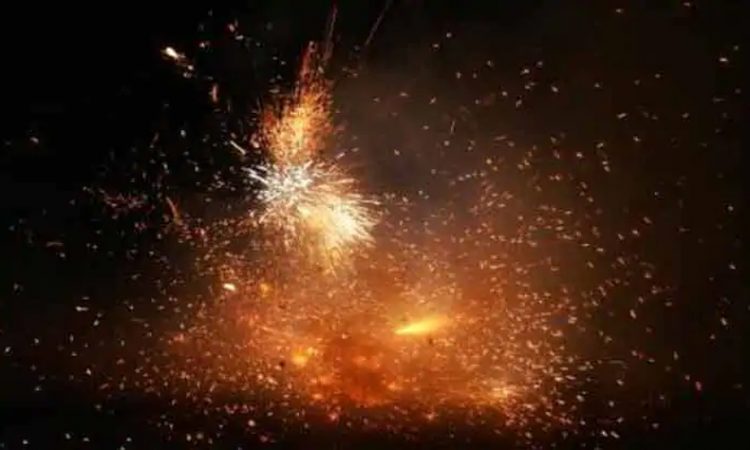 At the cost of hurting sentiments and sensitivities, I write this, which I probably shouldn’t. Also, although this may come across as a deliberate or inadvertent attempt to create communal disharmony for which I could very well be sued, certain things must be said. But first things first ~ if there is the right to be offended, there is also the right to offend ~ this may or may not be in the Law text books but in the law book of real life taking offense and offending is integral to life, and living. Every day, people are offensive and people are offended ~ inevitable because every person is unique and has her own value-system and world view depending on her idea of culture, traditions, religion ~ whatever.

Anyway, I was very upset and offended, and felt terribly ashamed and cheated on Christmas Eve. I felt cheated, not on my own behalf, but on behalf of communities other than ours, when some people in my neighbourhood started bursting firecrackers till way past midnight. I am not sure whether I should call them “some people” or hooligans or miscreants or delinquents but because hooligans or miscreants or delinquents are also people, I have broadly used the term “some people”. I know you understand who I mean.
But why feel upset, offended, ashamed and cheated, you may very well ask, because every Christmas and New Year, our people burst expensive firecrackers that make the most frightening noise and we have never really made an issue of it. True, but this year is different therefore things are different. For one, because of the novel Coronavirus pandemic, our state Government had also banned the use of firecrackers during Diwali so our communities that celebrate Diwali obeyed the Government directives and refrained from bursting firecrackers ~ despite firecrackers being culturally and traditionally a part and parcel of Diwali celebrations. However, our Government failed to ban use of firecrackers during Christmas festivities despite knowing fully-well that firecrackers are mindlessly used in this season ~ although it is not a part of our pre and post Christianity culture and traditions. The fire-cracking people also showed a marked lack of sensitivity not only towards communities that obeyed Government directives and refrained from using firecrackers during Diwali but also insulted themselves for indulging in something that has nothing to do with Christmas ~ thereby, displaying ignorance of the meaning of Christ’s birth hence the meaning of their own religion, belief or faith. Perhaps, our Churches need to start from A, B, C ~ just thinking aloud.
Secondly, pollution is a real threat we live with ~ increasingly we are also dying due to ailments and diseases caused by pollution. What’s more, our world, our environment, is dying because of pollution and firecrackers have proved to aggravate matters. The Supreme Court has, time and again, directed the Central and State Governments to contain and curb this threat, even during festivals that have culturally and traditionally used firecrackers but our State Government doesn’t seem to take the threat to our environment seriously.
Thirdly, health and medical experts have warmed repeatedly that the novel Coronavirus is an air-borne virus hence clean and fresh air is crucial to keep the virus at bay. While the Coronavirus is not the only air-borne health malady, we now know how extremely devastating it is and despite the number of vaccines that are becoming the light at the end of the tunnel, we are not yet near the end of the tunnel, much less out of it. Now, why should anyone pollute the already-polluted air by adding the toxins of firecrackers and create more health hazards?
I don’t know if our Health Department had advised our Government on this issue or not but surely the latter should have acted on banning firecrackers after having heroically fought the pandemic for more than nine months? Even our State Government will concede that it wasn’t easy and it still isn’t easy ~ so knowing very well that there are those who cannot resist bursting firecrackers, banning firecrackers and stringently enforcing the ban should have been a reflex action of our Government.
Fourthly, most people aren’t aware that they offend through their words or action. Worse still, even if they are aware, or offend deliberately, they not only believe it is their right but they also believe they are being so for everyone’s good. They also cannot see that their idea of fun offends others. Bursting firecrackers is a primary example ~ it may be fun and bring great joy to some but to others, especially to the elderly and some children, it is one of the most frightening and terrible experiences. And this experience is worse at night when one needs silence and rest. So, of course, the elderly particularly have every right to be offended. This is a right our State Government must defend and protect ~ at the same time, it must act without fear or favour against those who violate this right. No Government should turn a blind eye and a deaf ear to the abuse of the elderly. True, there are offenses and there are offenses and we can debate on that till kingdom come but there cannot be any arguments about abuse of the elderly and offenses that jeopardize their health and well-being.

In brief, we expect our Government not to allow a repeat of this year’s fire-cracking Christmas Eve on New Year’s Eve. It has more than adequate time to ensure this. Of course, bursting firecrackers on New Year’s Eve is a global public tradition but this tradition is done in an organized, regulated and disciplined manner within a time-frame by Government agencies or municipal authorities. If our Government can do this, it could make both the offenders and the offended happy. Yes, there will always be the habitual offenders but they can also always be made to see the errors of their ways by a couple of meditative nights in the lock-up. Perhaps then they will see the New Year in a new light and welcome it with a new frame of mind. And we can all have peaceful nights, a cleaner environment and reduced health hazards.