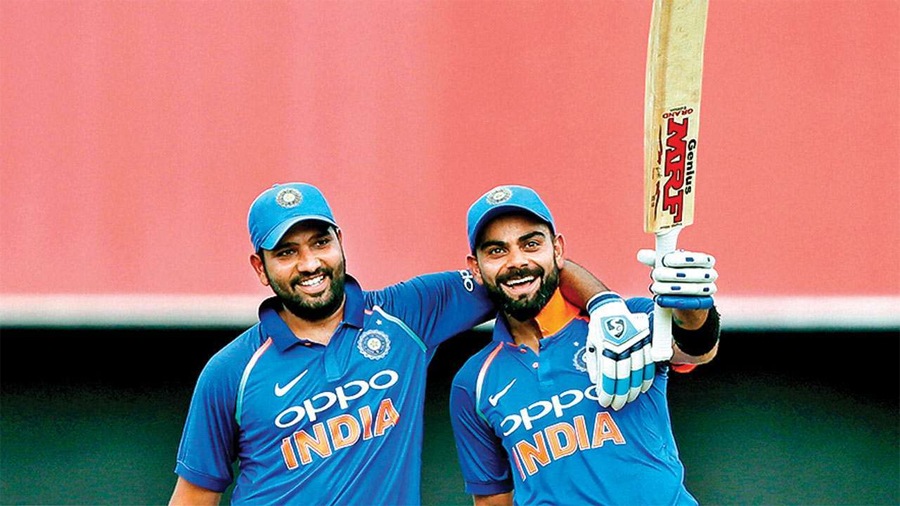 Dubai, August 5: India captain Virat Kohli and his deputy Rohit Sharma retained the top two positions in the ICC ODI rankings for batsmen, while pacer Jasprit Bumrah held on to the no.2 spot among bowlers in the latest list issued on Wednesday. Kohli holds the numero uno status with 871 points, followed by Rohit (855) and Pakistan’s Babar Azam (829), while with 719 points Bumrah continued to be steady at the second spot in the bowler’s list, which is being headed by New Zealand’s Trent Boult.
The batting chart saw some movement with Ireland captain Andrew Balbirnie improving four places to 42nd spot after his 113-run innings against England in the final match at Southampton, while his deputy Paul Stirling’s 142 lifted him one slot to 26th.
Rookie Curtis Campher’s impressive first series, which saw him score half-centuries both times he batted, has helped him make a noteworthy entry into the batsmen’s list at the 191st position. In the bowling chart, Ireland fast bowler Craig Young’s six wickets in the series has lifted him 40 places to a career-best 89th position, while Mark Adair (up six places to 138th) and Joshua Little (up 38 places to 146th) are the others to move up after the rubber, which ended 2-1 in England’s favour.
England captain Eoin Morgan, who also scored a century in the final ODI, has gained one place and is ranked 22nd, while Jonny Bairstow has moved up a slot to 13th position, thanks to his knock of 82 in the second match. Sam Billings has re-entered the rankings at 146nd position after aggregating 132 runs.
Among England bowlers, leg-spinner Adil Rashid has advanced from 29th to 25th with five wickets in the series, while left-arm pacer David Willey’s eight wickets, including a haul of five for 30 in the opening match, not only won him the player of the series award but has also lifted him six places to 51st position.
England’s series win got them 20 points in the ICC men’s World Cup Super League, which will see 13 teams vie for direct qualifying places in the next World Cup in India in 2023. Ireland are on 10 points.
India and seven other teams will make it directly from the league with the remaining two getting a second chance through a Qualifier. (PTI)