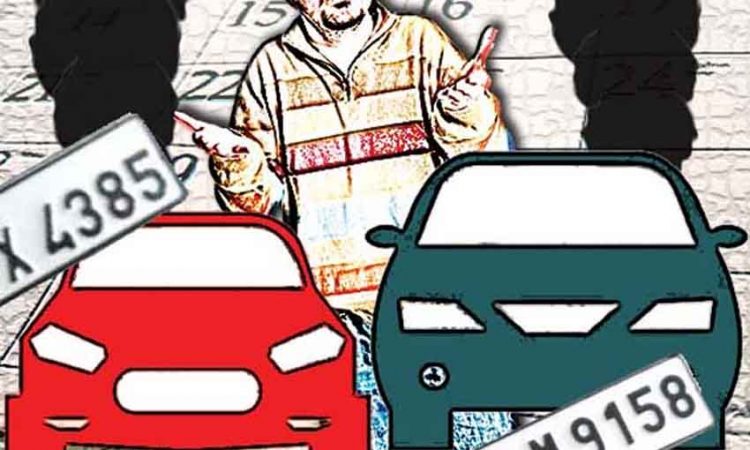 Dimapur, June 11: Dimapur Police has extended Odd-Even system of vehicles within the district from June 12 to 18.
According to an order issued by Commissioner of Police Dimapur, Rothihu Tetseo, IPS, on every Monday, Wednesday and Friday, only vehicles with registration number ending with odd numbers, i.e., 1, 3, 5, 7, 9 would be allowed to ply.

On every Tuesday, Thursday and Saturday only vehicles with registration number ending with even numbers, i.e., 2, 4, 6, 8 and 0 would be allowed to ply.
The CP said violation of the order would be penalized U/S 177 and 179 of the MV Act.
Exempted category mentioned in the order shall be exempted. All officers and staff in the exempted category should carry Identity Card issued by respective HoD, he added.
Kohima: The Deputy Commissioner of Kohima, Gregory Thejawelie has issued an order stating that movement of private vehicles will be allowed as per ‘Odd-Even’ system under the jurisdiction of Kohima Municipal Council, except on Sundays, as mentioned:
Odd-numbered vehicles: On Mondays, Wednesdays and Fridays
Even-numbered vehicles: On Tuesdays, Thursdays and Saturdays

The order also stated that violation of the directive shall be liable to penalty under Section 177 & 179 of the Motor Vehicle Act 1988.
The Order shall be implemented with immediate effect and will remain in force till June 18. (Page News Service)