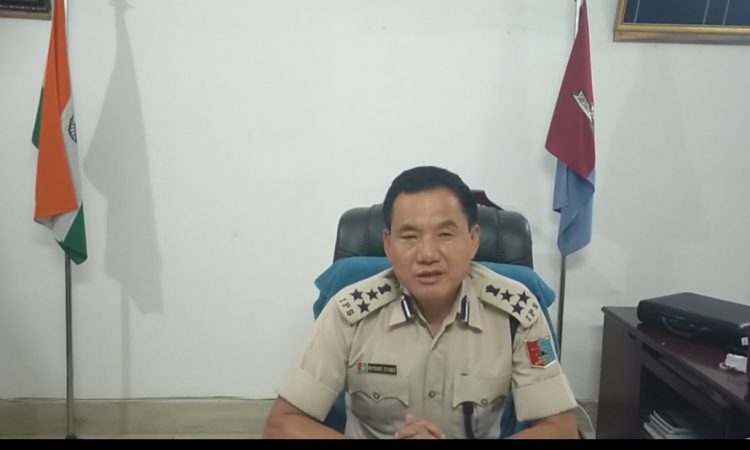 Odd-Even rule for traffic in Dimapur a success, says CP; 746 vehicles penalized
Dimapur, May 11: The enforcement of Odd-Even formula for movement of vehicles in Dimapur on Monday brought relief to the citizens as there was less traffic movement in all parts of Dimapur.
Today only Odd Number vehicles were allowed to ply with exception to those vehicles which have been permitted for various duties.
Dimapur police which enforced the new rule were strict in the implementation and even penalized those Even Number vehicles which were moving around without any permission.
According to Commissioner of Police Dimapur, 746 vehicles were penalized and Rs 104150 were realized as fine from defaulters on the first day. The revenue generated would be deposited as Government revenue.
Speaking to DPRO Dimapur, the Commissioner Police Dimapur, Rothihu Tetseo IPS informed that the first day with regard to new traffic regulation was successful with several constructive criticisms as well as positive suggestions and reiterated that police would try their best to implement the system in order to ease traffic congestion at Dimapur.
Tetseo appreciated the public for their cooperation and understanding the rule of law and further appealed to render their continued support to the law enforcing agencies.
Regretting that some government vehicles were moving without essential duties, Commissioner Police Dimapur especially appealed to the Government servants to follow the system and not to come out when not on duty.
Deputy Commissioner Dimapur, Anoop Khinchi IAS was also happy to see the successful implementation of the Odd-Even formula for vehicles in Dimapur district. He said that this would definitely help in easing traffic congestion in Dimapur town. (Page News Service)
Meanwhile, Dimapur police has extended sincere appreciation to the public for the successful enforcement of the Odd-Even vehicle rule on the first day in the district.
In this regard, Dimapur police has welcomed all constructive criticism through which efforts would eb made for more improvement in this new system of vehicle enforcement.
At the same time, it also requested all government employees with attached government vehicles in the district to commute only for official purposes. (Page News Service)