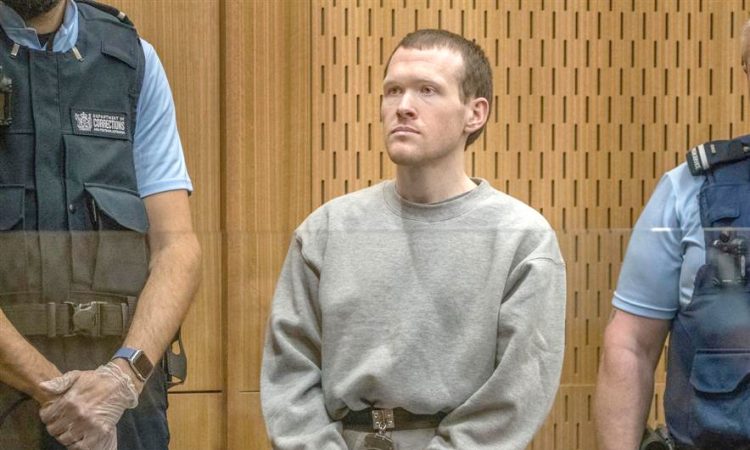 MELBOURNE, DECEMBER 8: Brenton Tarrant, the Australian-born attacker who killed 51 Muslim worshippers at 2 mosques in Christchurch, travelled extensively around the world, including India where he spent nearly 3 months, before moving to New Zealand to carry out the country’s worst massacre in 2019, according to a detailed report into the shootings released on Tuesday.
Five Indians were among those killed in the terror attack on March 15 last year that also left dozens of others wounded and had shaken New Zealand, regarded as one of the most peaceful countries in the world.
The 792-page Royal Commission of Inquiry report notes that after leaving school, the 30-year-old attacker worked as a personal trainer at a local gym until 2012 when he suffered an injury.
“He never again worked in paid employment. Instead, he lived off the money that he had received from his father and income from investments made with it… With the money from his father, the individual travelled extensively. First, in 2013, he explored New Zealand and Australia and then between 2014 and 2017 he travelled extensively around the world,” it said.
Between April 15, 2014, and August 17, 2017, the individual travelled extensively and always alone, except for his travel to North Korea as part of a tour group.
“The longest visit the individual made to any one country was to India where he stayed between November 21, 2015, and February 18, 2016. The countries that he visited for periods of about a month or more included China, Japan, Russia, South Korea among others,” said the report that took about 18 months to compile.
The inquiry report did not provide details of what Tarrant was doing in India during his nearly 3-month stay in India.
However, The New Zealand Herald reported that there was no evidence that he met with extremist groups while oversees, investigated potential targets, or carried out any training, in a report.
The inquiry did not believe that the travel fuelled his racist views to any great extent, rather concluding: “Put simply, he travelled widely because he could and had nothing better to do.” it said.
But he did visit right-wing internet forums, subscribe to right-wing YouTube channels, and “read a great deal about immigration, far right political theories and historical struggles between Christianity and Islam”, it added.
About the attacker’s upbringing in Australia, the Royal Commission of Inquiry report notes that it was marked by a number of stressors, including his parents’ separation and his mother’s subsequent relationship with an abusive partner.
He expressed “racist ideas” from an early age and was also an avid internet user, it said.
“In February 2017, he booked flights to New Zealand to arrive in Auckland on August 17, 2017, and then on to Dunedin on August 20, 2017. We see these activities as the first manifestations of his terrorist intent,” said the report that details the extensive world travels of Tarrant.
“We are satisfied that by January 2017 the individual had a terrorist attack in mind. We are also satisfied that when the individual came to live in New Zealand on August 17, 2017, it was with a fully-developed terrorist ideology based on his adoption of the Great Replacement theory and his associated beliefs that immigration, particularly by Muslim migrants, into Western countries is an existential threat to Western society and that the appropriate response (at least for him) was violence,” it said. In a 74-page manifesto the attacker had posted online, he described himself as a white supremacist, who was out to avenge attacks in Europe perpetrated by Muslims.
Tarrant was sentenced in August to life in prison without the possibility of parole after pleading guilty to 92 counts of terrorism, murder and attempted murder.
The report contains interviews with hundreds of people including security agencies, Muslim community leaders, international experts and officials in England, Norway and Australia, along with Prime Minister Jacinda Ardern, who was praised globally for her compassionate response to the attack.
The Prime Minister swiftly banned the sale of the high-capacity semi-automatic weapons used in the attack at 2 mosques in the South Island city and launched a global movement against online extremism. (PTI)