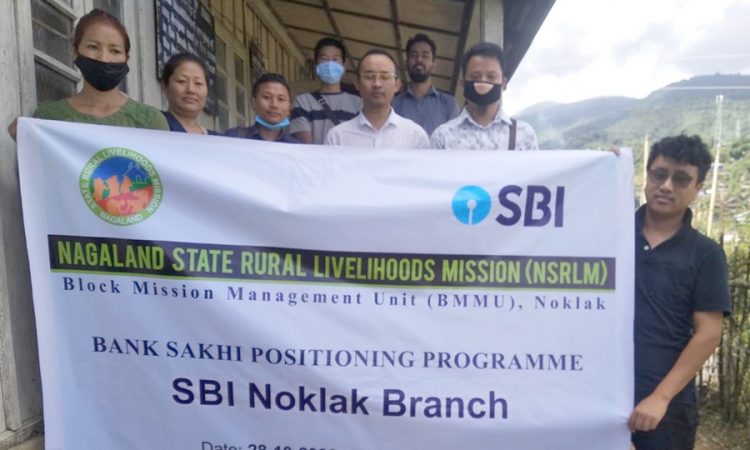 Dimapur, October 29: Nagaland State Rural Livelihoods Mission (NSRLM) Block Mission Management Unit (BMMU) under Rural Development block Noklak held a programme for Bank Sakhi at SBI Noklak branch on October 28.
Block Program Manager (BPM), S Chillio Khiamniungan in his introductory remarks spoke on the concept, roles and responsibilities of Bank Sakhi. He stated that Bank Sakhi (BS) is a women SHG member who is having a good quality of rapport and liaison with the bank staffs, SHGs and Village Level Organization (VLO), assigned to sit in the Bank Branch to assists SHGs and its members to complete different types of transactions and complete documentation work etc. which can reduce the work load of Bank staff where having limited staff in the branch.
The role of a Bank Sakhi has become very important with the implementation NRLM ‘Deen Dayal Antyodaya-National Rural Livelihood Mission’, its strategy has become central to the financial inclusion strategy of NRLM in Nagaland, he added.
The Bank Sakhi, Tsujang of Friendship SHG under Longdon, VLO (federation) will be attached in the bank, he added.
BPM thanked Branch Manager, SBI, Nlk. and his staffs for cooperation and concerned to the NSRLMBMMU, Noklak block team. He said that the engagement of BS in the bank will be 8 (eight) days in a month, twice in a week (every Tuesday and Thursday).
Neikhoto Tachu, Branch Manager, SBI Noklak branch had noted that having of BS is an opportunity for positioning in his bank when he had facing acute shortage of bank staffs and he has assured to work helping hand with the NSRLMBMMU, Noklak. So far 10 (ten) SHGs were linked bank linkages and got loans from his bank.
The programme was chaired by Khulem Khiamniungan – Area Coordinator, (FI) and Livelihoods and the vote of thanks by said by S.Pusom – Area Coordinator, SISD and IBCB, NSRLM, Noklak. (Page News Service) 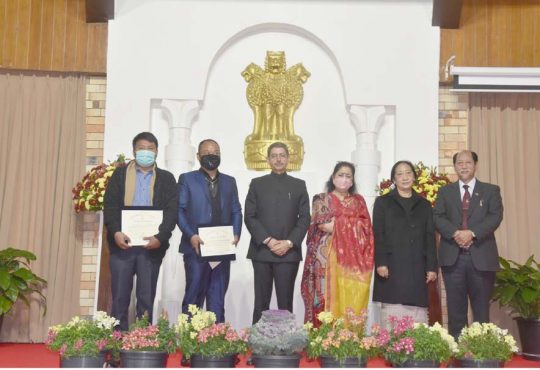 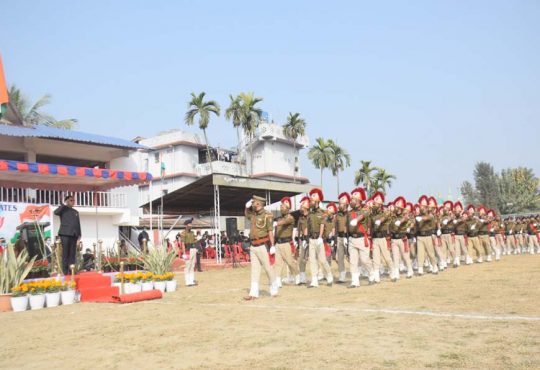