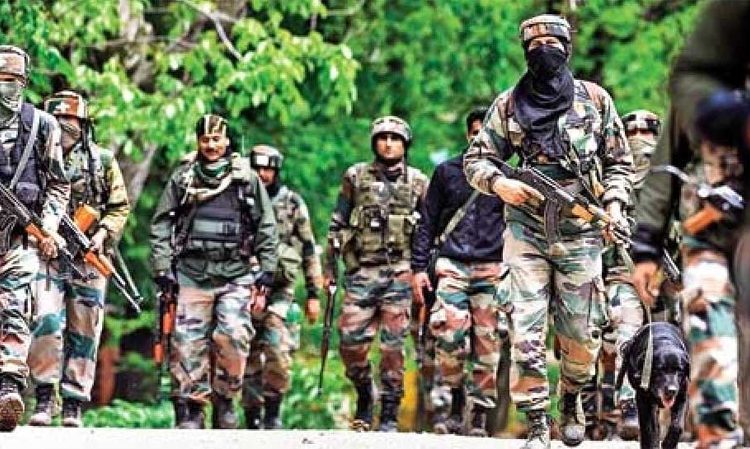 KOHIMA, September 14: A possible spit in the SS Khaplang faction of the National Socialist Council of Nagaland (NSCN-K) on the lines of nationality has brightened the hopes for an early settlement to the vexed Naga problem and a lasting peace in the Northeast region.
There are indications that the members of the NSCN(K) faction are not happy with the recent impeachment of the outfit’s chairman Khango Konyak which has led to a complete separation in the outfit between Indian and Myanmar origin leaders.
The development has brightened the prospect of the NSCN(K) – the only left out Naga faction – also coming to the negotiation table for talks with the Government of India.
It may be recalled that the NSCN(K) impeached its chairman Khango Konyak on August 17. The outfit has replaced him with 45-year-old Yung Aung as the new acting chairman.
Khango belongs to a Naga tribe based in India while Aung, who is also the nephew of NSCN(K) founder the late SS Khaplang, is a Hemi Naga from Myanmar.
Aung had completed his education from Manipur and is known to be an expert in martial arts and polo.
Reports coming from Northeast claim that more than 300 NSCN(K) insurgents are camping at an unknown location and are keen to sign a ceasefire agreement with India.
The NSCN(K) and other insurgent group had launched a series of attack on the Indian Army. The deadliest of them was an ambush on an Indian Army convoy in Manipur’s Chandel district that killed 18 jawans. Soon after this attack, the Indian Army’s Special Forces launched Surgical Strikes against them near the Manipur and Myanmar border.
“Due to ongoing operation by Myanmar Army against the insurgent groups including NSCN(K) inside bordering area of India and Myanmar and a vicious power struggle has troubled the faction for some time now,” a security official had told Zee News on the condition of anonymity.
The NSCN(K) held an emergency meeting on August 17 during which it impeached Khango Konyak and elected Yung Aung as the new acting chairman of the outfit. The emergency meeting also decided to give Khango a safe passage to go wherever he desired.
Communication between the members of the outfit had revealed that the Khango faction is unhappy with the removal of Khango Konyak from the post of Chairman. Many insurgents from NSCN(K) are camping in jungles near Nagaland and Myanmar border and have made plans to revolt against Yung Aung, the new chairman of the outfit.
Some other reports suggest that top leaders of NSCN(K) along with 300 cadres led by Gen Nikki Sumi, Deputy Chief of Army of NSCN(K), may defect from the group and agree to sign a ceasefire agreement with the Government of India.
Niki Sumi has been involved in many attacks on the Indian Army and main mastermind behind the ambush on an Army convoy in Manipur’s Chandel district.
Led by a Brigadier-rank officer, the Myanmar Army has recently escalated its operations against the NSCN(K) faction in the areas controlled by them in the Myanmar Naga hills.
The Myanmar Army is also deploying their more men in areas controlled by NSCN(K) GHQ and ULFA GHQ in Konyak region. Some reports suggest that the Myanmar Army is destroying NSCN(K) camps and video recordings the events as proof of their action. This has led to fear among NSCN(K) members and they have shifted their camps to a safe location.
”The fight between the Indian origin insurgents and Burmese insurgents in NSCN(K) is clearly visible. The fate of Indian insurgents will no longer dominate the outfit. Indian security forces are certainly in a dominating position and that is the real reason why the Indian faction of the NSCN(K) is looking for a peace deal with the Government of India,”’ a top intelligence official has claimed.
The Naga tribes are spread over Indian states of Arunachal Pradesh, Nagaland and Manipur and Myanmar. Indian Nagas are known as Western Nagas and Myanmarese Nagas are called Eastern Nagas.
The NSCN- K has been pressing for a separate country with Naga-inhabited parts of India and Myanmar. It’s also the only Naga outfit, which is outside the peace process.
It may be recalled that the NSCN(K) faction had unilaterally ended the ceasefire with the Indian government in 2015. (Zee News)