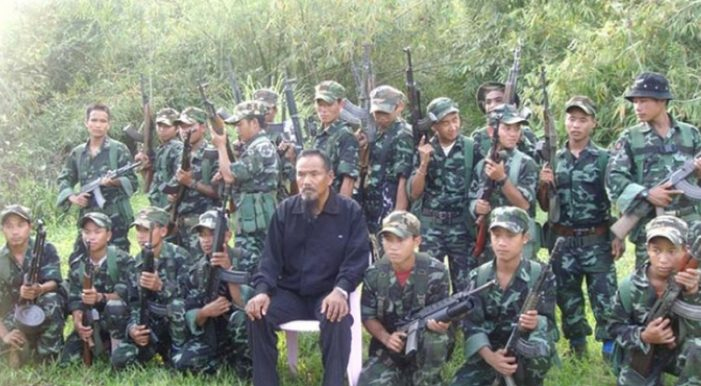 Dimapur, July 4: The NSCN/GPRN (Khango) has taken strong exception to the “self-styled unauthorized publication of a provocative, insensitive and controversial statement” by one Viputo Chophy in the guise of MIP, NSCN/GPRN on July 4 in the local dailies.
“The unauthorized statement has implicated Government of India and NNPGs in complete erroneous context for which NSCN/GPRN has awarded forced discharge to Viputo with immediate effect,” said the MIP, NSCN/GPRN in a statement.
The NSCN (K) also clarified that Viputo Chophy joined NSCN/GPRN only recently and placed under observation/probation, adding an official confirmation of his membership in the NSCN has not been accorded.
It stated that Viputo is in no manner associated with the MIP, GPRN, and disowned his statement “in it’s entirety and be expunged.”
“In this context the NSCN/GPRN has no connection whatsoever,” it said.
The NSCN (K) also requested media houses to authenticate from appropriate authorities the veracity of such articles emanating from questionable sources lest unnecessary unrest and mistrust is created.
Meanwhile, Viputo Chophi in a retification of the press statement admitted that he has used the name of MIP NSCN/GPRN K in the statement, of which he is not.
“Whatever the contents and views expressed, it reflects my personal thoughts and ideas and in no way express the viewpoints of the organisation,” he said.
“I do own moral responsibility of such publication, as such the statement should be considered null and void.”
He also tendered apology to the GoI, NNPGs and all organisation, especially the NSCN/GPRN( K). (Page News Service)