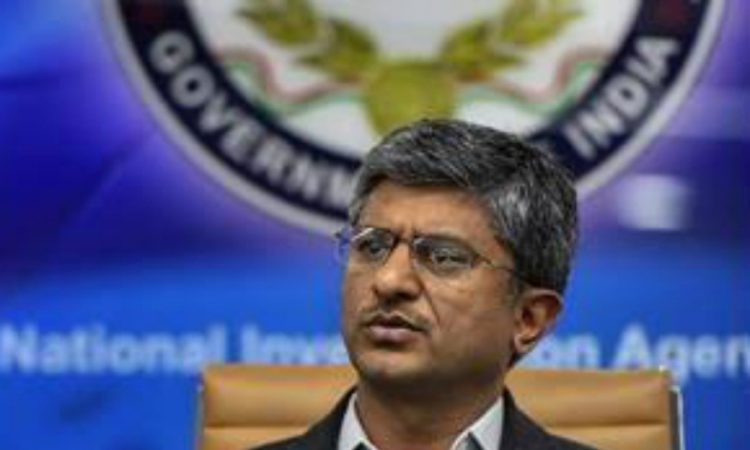 Guwahati, October 14: Amid the deadlock between Nationalist Social Council of Nagaland, Isak-Muivah faction (NSCN-IM) and Centre over long-drawn-out negotiations on Naga political issue, the government on Monday has revealed the terror-funding activities of NSCN.
Addressing an event in New Delhi, National Investigation Agency (NIA) Inspector-General, Alok Mittal revealed how an NSCN cadre (faction not named) was paid almost Rs 2.15 crore for his involvement in weapons haul in February this year. Bihar Police had recovered Under Barrel Grenade Launchers (UBGL), AK-47 assault rifles and live cartridges in Purnia from an SUV.
“It was an organised racket. Weapons from Myanmar reached NSCN cadres first and then to Bihar’s organized criminals or arms trafficking gangs who later supplied to Left Wing Extremist (LWE) groups. On interrogation of an NSCN cadre, it was found that funds were transferred through banking channels. Almost Rs 2.15 crore was transferred to the NSCN cadre’s account from bank,” said NIA IG Alok Mittal on Purunia incident.
The NIA officer said the accused gang was also involved in selling fake arms licenses and creating fake Nagaland ID proofs for Bihar residents and equipping them with weapons.
Talks between the NSCN-IM and Government of India have entered the 22nd year. Even as both sides believe there could be a pathway to a possible deal in the interest of the Nagas, serious challenges are still in place.
The NSCN-IM, considered to be the ‘mother of all insurgent groups’ in Northeast, has been unofficially in talks with the Government of India since 1994. The formal talks began only in 1997, initially happened in different parts of the world before finally happening in New Delhi and Nagaland.
In August 2015, the Indian government signed a framework agreement to seek a final solution with NSCN-IM. The Centre had officially extended the scope of talks with seven Naga National Political Groups (NNPGs) by signing a ‘Deed of Commitment’ two years ago.
Governor of Nagaland and Naga Peace Talks Interlocutor, RN Ravi was also present in today’s NIA event. A formal meeting was held between Ravi and NSCN-IM leaders led by NSCN-IM Chief Thuingaleng Muivah in New Delhi on October 10.
Apprehension is building among Naga groups over the peace talks deadlock as both Centre and NSCN-IM are maintaining their stand over the latter’s demand for a separate Naga national flag and Constitution.
Earlier in July, Governor Ravi had announced Prime Minister Narendra Modi’s desire to conclude the talks within three months.
Speaking about the insurgent outfits in Northeast, including NSCN-IM and NSCN-K, the NIA IG said that 50 cases have been registered against the proscribed outfits of which ten cases are related to terror-funding. He further added that extortion activities by militant groups for fund generation continues till date.
“Cases have been registered against Northeast militant groups – NSCN-IM, NSCN-K, United National Liberation Front of Manipur (UNLF), Kangleipak Communist Party (KCP) for the attack on security forces, targeting political leaders,” Mittal said.
He said ten cases are related to terror-funding and the modus operandi for fund generation remains the same. “They carry out extortion activities in an organized manner and also divert government funds for such activities. In many cases, government servants have also been found involved, and ten of them have been charge-sheeted,” said Alok Mittal.
He further said that the Northeast rebel groups have their bases and training camps in other countries from where some of them have been arrested. (Courtesy: CNN-News18)