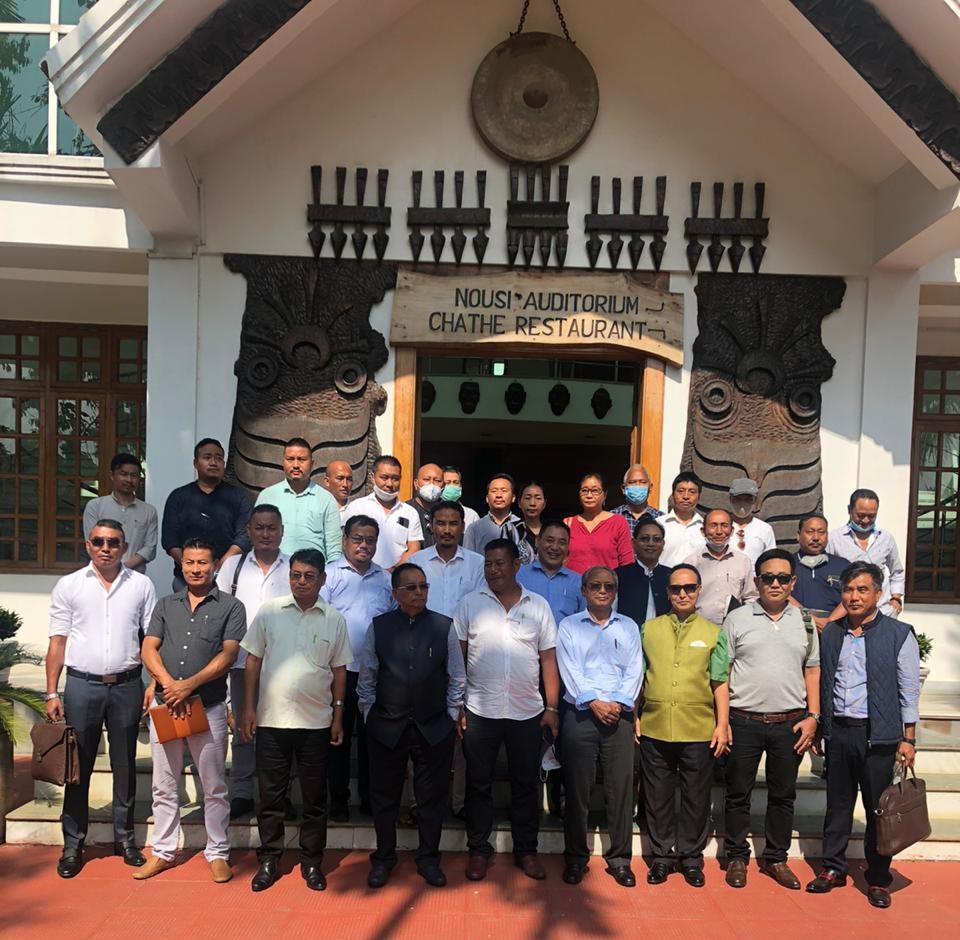 Dimapur, September 10: In continuation of NSCN’s effort to take everyone on board for Naga unity and reconciliation, the NSCN (IM) held a meeting the Eastern Nagaland People’s Organization (ENPO) on September 9 at Niathu Resort, Dimapur (Nagaland).
The NSCN team was led by Chairman, Q Tuccu and Vice-Chairman, Tongmeth Wangnao. ENPO was led by its President, Kekongchim Yimchunger. ENPO was joined by Eastern Naga Students’ Federation (ENSF) and Eastern Naga Mothers’ Association (ENMA).
The NSCN (IM) has expressed appreciation to ENPO for its stand for honorable, acceptable and early solution. It further appreciated the ENPO for its consistency in pushing for Naga unity and reconciliation.
Stating that it was a privilege to brief the ENPO, ENSF and ENMA on the development of the ongoing Indo-Naga political talks, the NSCN (IM) in a press release said it’s leaders expressed the need that the process for reconciliation and unity and political talks should go on side by side.
(Page News Service)

Fire razes one house in Dimapur