Dimapur, January 4: The GPRN has expressed deep pain at the untimely demise of Tokishe Zhimo, Leacy (UT) son of (Lt.) Luhezhe Zhimomi of Khehoi village on December 31 after a prolonged illness. Late Tokishe Zhimo enrolled in the Naga national service in 2015.
The NSCN (IM) also mourned the passing away of Viheshe Zhimomi, Razou Peyu (UT) son of (Lt.) Hovishe Zhimo of Nitozu village on January 3 after a prolonged illness. He joined the Naga national service on 11-10-2011.
“They were both noble and diligent national worker, who served the Nation whole-heartedly until their last breath. Their names shall be recorded and honoured for their sacrifices they have given to the nation,” it said in a condolence message.
The GPRN conveyed condolences to the bereaved family members and prayed to Almighty God to grant them eternal rest and peace. (Page News Service) 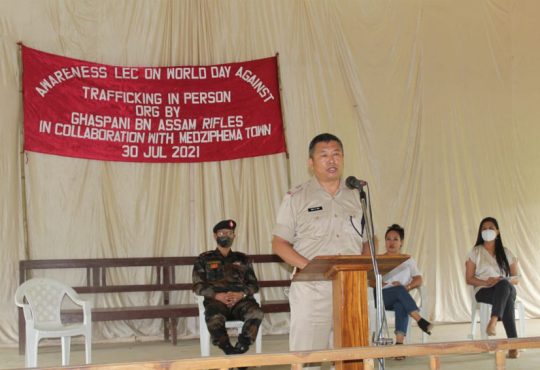