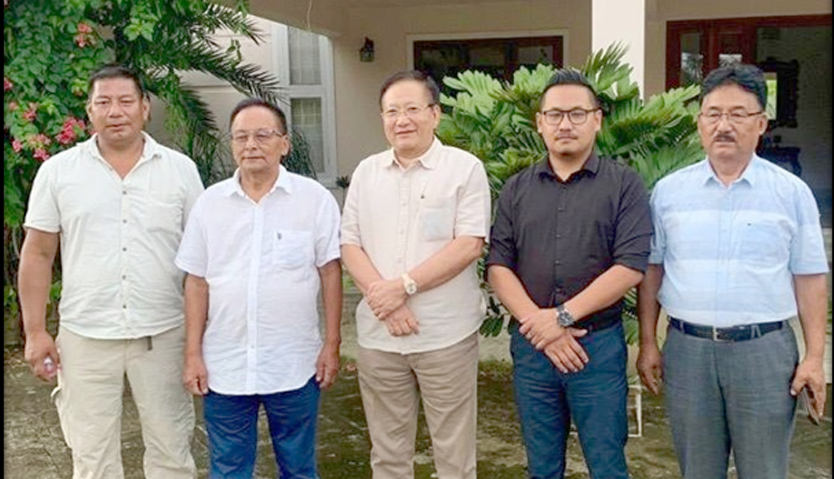 Dimapur, September 1: NSCN (IM) chairman, Q Tuccu has stressed the need for unity among all Nagas for permanent peaceful solution to the protracted Indo-Naga political issue.
The NSCN (IM) top leader made the statement in an informal discussion with the newly former Political Affairs Mission of NPF, Naga and presidents of Hoho, Eastern Naga People’s Organization and Naga Students’ Federation on August 30 before his planned departure to New Delhi, said a statement issued by Tokugha Awomi, Deputy Secretary to Yariwo, NSCN (IM). Earlier the NSCN (IM) chairman also had a consultation with the 14 Naga Tribes.
Reiterating the role of stakeholders, Tuccu said they should be totally focused to resolve and facilitate any differences that will arise. He was of the opinion that, as there will only be one common Naga accord with the Government of India, it was important to take all Nagas along for an inclusive solution covering all Naga inhabited areas leading to conducive ecosystem of overall growth.
Further in the final accord all stakeholders would be included and their views consulted, Tuccu stated, adding he will continue to stand and go as per the voice of all the Naga people.
The Naga leaders, in the course of discussion which lasted for almost two hours, conveyed to Tuccu that during the crucial phase of Naga peace talks, there was a need to have a common united voice for peace and be prepared for an honourable solution based on the unique political history and identity of the Nagas. They were of the view that there was a strong desire and aspirations of all Nagas for early peaceful solution to usher peace in the region.
They assured to continue to actively participate to facilitate the peace process and appreciated the views of the NSCN IM chairman Q Tuccu and endorsed the need of a collective effort for peace in all Naga inhabited areas. (Page News Service)