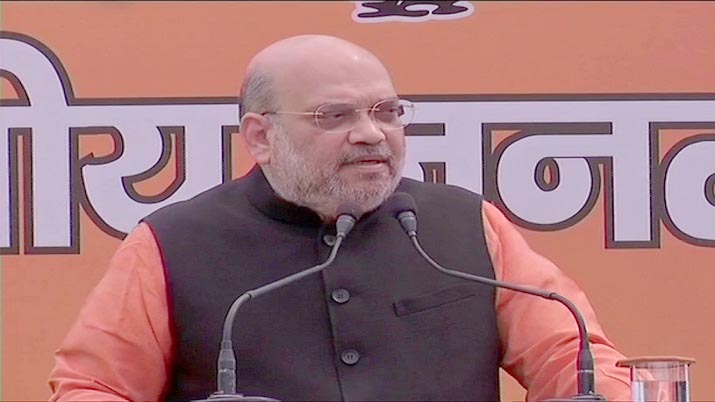 Kalimpong, April 12: Seeking to allay fears created among the people of the hills by TMC’s “lies”, Union Home Minister Amit Shah asserted today that the National Register of Citizens (NRC) will have no impact on the Gorkhas.

Shah, during an address after a roadshow in Kalimpong, said as long as the Narendra Modi-led BJP government is there at the centre, no Gorkha will be harmed.
“NRC has not yet been implemented, but whenever it is done, not a single Gorkha will be asked to leave,” the senior BJP leader said.
“The Trinamool Congress is lying about the possible fallout of NRC on the Gorkhas in order to create fear among them,” he said.
Noting that Darjeeling and Kalimpong have suffered atrocities for long, Mr Shah claimed in 1986, over 1,200 Gorkhas lost their lives, but they did not get justice.
The home minister also alleged that the Mamata Banerjee-government has also been responsible for the death of many Gorkhas in recent times.
“We will form an SIT and send those responsible for the wrongdoings behind bars,” Shah said amid chants of ‘Jai Shri Ram’ and ‘Jai Gorkha’.
Darjeeling and its adjoining areas were rocked by movements and protests, which at times turned violent, in favour of a separate Gorkhaland in 1986 and in 2017.
Later, addressing a poll rally in Dhupguri assembly constituency, Shah declared that the BJP is ahead in 92 of the 135 seats that went to polls in the first four phases of the West Bengal assembly elections.
He also asked people to give a grand farewell to Chief Minister Mamata Banerjee, ensuring that the saffron party wins over 200 seats.
Mocking Banerjee for uttering his name more than that of Bengal in her speeches, Shah said had she talked more about the state, the CM could have had a chance to win the elections.

Maintaining that he has a resignation letter ready in his pocket, the home minister asked the people at the rally whether they want him to quit in the wake of the death of four people in firing by the Central Industrial Security Force (CISF) during polling in the fourth phase.
“If the people want, I will tender my resignation,” he added.
Dhupguri goes to polls in the fifth phase on Saturday (PTI).