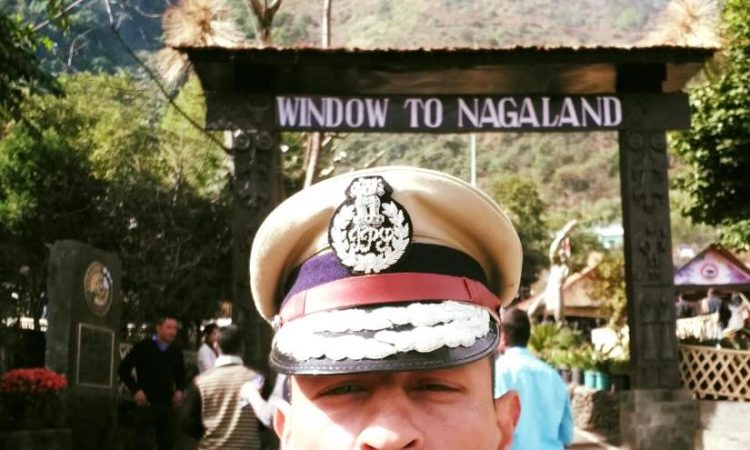 Dimapur, June 24: Expressing disappointment at the “forced replacement” of Rupin Sharma, IPS as State Director General of Police (DGP) by an officer much junior to him in service, the Nagaland Public Rights Awareness and Action Forum (NPRAAF) has shot off a memorandum to the Governor of Nagaland seeking his intervention to ensure that the Government acts judiciously and constitutionally following all set of rules while appointing the new DGP of Nagaland.
In the memorandum, the NPRAAF said the action of the State Government is against the IPS (Regulation of Seniority) Rules, 1988 and against the wishes of the people of Nagaland who openly demanded his retention.
NPRAAF pointed out that the Supreme Court in its judgment on 24th April 2017 ruled that if a chief secretary loses the confidence of the chief minister, he or she may be shifted to another post in the larger interest of administration but it cannot be applicable to the head of police force in the State and DGP cannot be removed merely on this basis.
“There is a difference in the role of the chief secretary as the chief executive of the state and the DGP of a state ­ their roles cannot be equated. While the chief secretary can be removed if he or she does not enjoy the confidence of the chief minister or does not have a complete rapport and understanding with the CM, the removal cannot be questioned unless there is a violation of some statutory or constitutional provision. But that is not so with the state police chief,” a bench of Justices Madan B Lokur and Deeapk Gupta had said.
“The rule of law should not become a casualty to the whims and fancies of the political executive. In that event, the state police chief might be pressured laterally by the political executive and vertically by the administration. It is to ensure that no such pressure is exerted on the state police chief and if so exerted, then the state police chief does not succumb to such pressure that the judgment in Prakash Singh case provided for security of tenure and insulating police from the executive,” the bench said.
Taking this into consideration, NPRAAF said the State Government’s action is against the constitution and an insult to the honest police officer, who refused to bow down to mantris and babus for corruption. “Such unethical action will demoralize the state police force and an honest public servant,” it stated.
The NPRAAF appealed to the Governor to ensure that the Government follows the set criteria/rule of 30 years of service in appointing the new DGP of Nagaland, saying if there is no choice but to go ahead with more experienced in service than Rupin Sharma, IPS otherwise it will be injustice.
Meanwhile the NPRAAF informed that its delegation met the Governor on June 22 at Raj Bhavan Kohima and explained to the Governor that the Supreme Court has not drawn a line between acting, temporary or permanent DGP in its judgment.
“Therefore the point of contention by the Government that acting or temporary DGP can be removed notwithstanding Supreme Court ruling is wrong understanding of the apex court ruling,” it said.
“The Govt. worked overtime to replace Rupin Sharma IPS as DGP for the reason best known to the Govt. If the Government of Nagaland work with the same stamina for the welfare of the state surely Nagaland will become very progressive,” it quipped.
The NPRAAF further expressed anguish that Rupin Sharma IPS “was threatened by Government spokesman of disciplinary action alleging falsely that he had orchestrated protest in his support.” It requested the Governor not to allow the Government to make intimidating statement basing on unfounded allegation. (Page News Service)