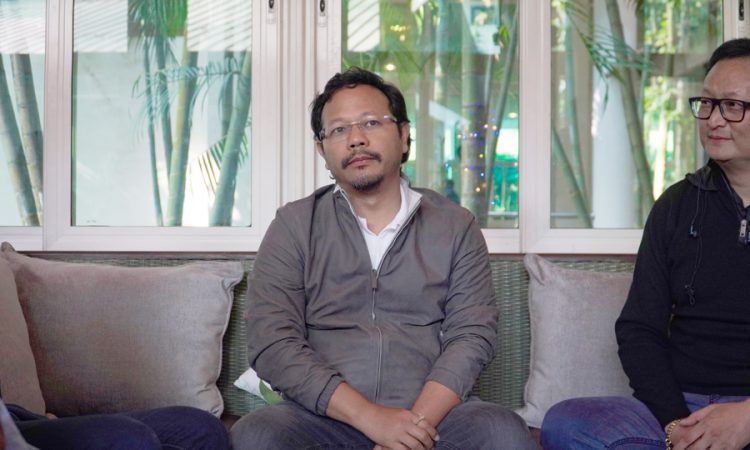 DIMAPUR, DECEMBER 8: Meghalaya Law and Power Minister, James Sangma today said that any dispute cannot be fought by taking a rigid stand, but should be solved through a positive dialogue.

Responding to a query on the border dispute between Megalaya and Assam and Assam and Nagaland subsequently, the Meghalaya Minister told media persons that the parties involved should have a positive dialogue and they should really be respectful to each other.
“Through dialogue only resolution will come. It takes time and the process is going on,” he said while referring to the border problems with Assam and expressed optimism that the problem would be resolved soon.
He also said that the border issue between Assam and Nagaland needs to be solved through a proper dialogue and hoped that it would be solved.
Replying to a query on meetings between Chief Ministers of border States, Sangma said that Chief Minister-level meeting is desired but sometimes due to many reasons, Chief Ministers cannot attend and therefore, the meetings are held at the Chief Secretary-level.
On the party front, Sangma said that the National People’s Party has always propagated the need to come together and voice out. It has always stressed on bringing about ‘real change’ in the region, he added.
Addressing media persons at Niathu Resort today said that the NPP has that understanding to bring about a change in the Northeast.
In this regard, he informed that the party is expanding its base in the Northeastern states of Assam, Tripura and Mizoram. It already has a base in Nagaland, Manipur and Meghalaya.
Sangma further said on Monday, the People’s Party of Karbi Anglong merged with the National People’s Party, after which it has formed an Ad hoc Committee in Karbi Anglong. He informed that party general secretary, Lima will oversee the activities of the party, while two vice presidents have also been appointed.
Sangma, who is also National General Secretary of NPP, informed that he held a review meeting with the party in Nagaland today and lauded the leadership of Dr Andrew Ahoto, who is leading the party in the state.
When asked whether the NPP will contest the Assembly elections in Assam next year, the Meghalaya Minister replied in affirmative.
NPP Nagaland state president, Dr Andrew Ahoto said that with the efforts of James Sangma, the People’s Party merged with the NPP in Karbi Anglong.
He said, “If the Northeast wants to wake up and grow, the NPP should have a big voice.” He said the NPP is the only party, which has concerns for the people of the Northeast.
Meanwhile, according to a press release issued by the NPP, the party has inaugurated its office at Diphu in Karbi Anglong on December 7.
The NPP said it was always the vision of late Purno Sangma to work for the people of Karbi Anglong and boost the development of the region.
“With our office established in the Karbi Anglong now, it is this vision that we will uphold and work closely with the people of the region to bring in not only the protection of culture, identity and language but also economic development, development of infrastructure and youth empowerment,” the NPP stated.
On the merger of People’s Party with NPP, the party said the leadership of PP’s president, Rajen Timung would further strengthen NPP’s footprint in the region as he has vast experience and knowledge of the issues affecting the region.

The party reiterated its commitment to the long-standing demand of the people of Karbi Anglong for the creation of an autonomous state within Assam and felt that such a move would empower the people to come up with different solutions for their long-pending problems.
(Page News Service)