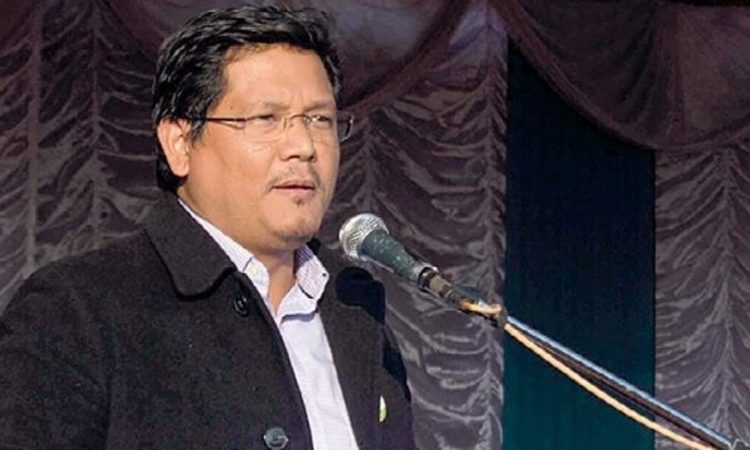 Dimapur, February 2: Meghalaya chief minister Conrad Sangma on Sunday claimed there is a political vacuum in Northeast India as a whole, particularly Nagaland, and his party, the National People’s Party (NPP) is in a very strong position to fill that vacuum.
“Given the situation that is in the Northeast as a whole, and Nagaland particularly, there is political vacuum and NPP is in a very strong position to fill up that vacuum,” he said.
Talking to reporters here at Niathu resort today, Sangma said the NPP will continue to raise issues and concerns of NE people so that the party becomes a platform that people can believe and trust.
He reminded that the NPP was first party from the NE to be recognized as a national party. “That speaks a lot about how people are accepting the party throughout Northeast,” he said.
On Naga political issue, Sangma said it was an important issue as it will impact not only Nagaland but the entire socio economic situation in the region.
“All the people in the NE are looking forward to the issue; and for all stakeholders involved, sooner the agreement is finalized it will be for the interest of Nagaland and the region,” he said.
On NPP ties with the ruling PDA in Nagaland, the Meghalaya CM acknowledged there are certain issues after two Nagaland NPP MLAs merged with the NDPP, leading to severing to ties.
On the two MLAs defection issue, he said the party is yet to get a verdict from the Supreme Court.
On Citizenship Amendment Act (CAA), he said the party has been clear with their stand from day one.
Sangma who is on a tour of Manipur and Nagaland was in the State to meet NPP leaders, take stock of political situation, look into issues regarding party organisation and to strengthen and prepare NPP for the future in Nagaland.
He had also called on Chief Minister Neiphiu Rio and Governor RN Ravi.
(Page News Service)