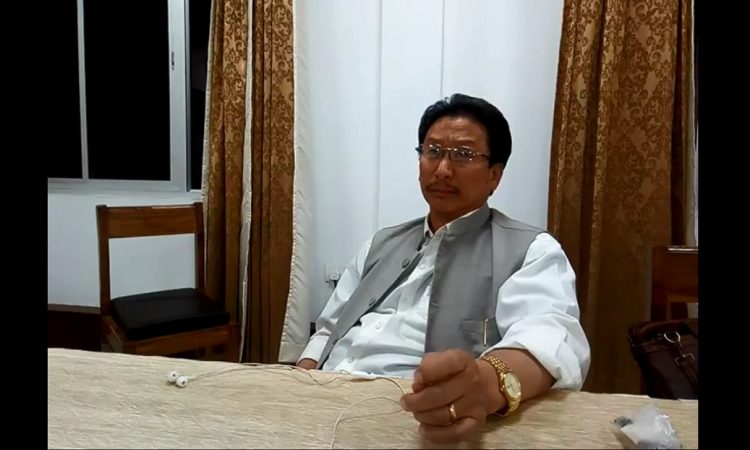 Dimapur, June 29: Member of Rajya Sabha and Secretary General of Naga People’s Front,today asserted that NPF is not a power monger political party but a party to carry forward the Naga people to greater heights.
Speaking during the coordination meeting with party workers of Kiphire Division, on Thursday at Kiphire, the MP said that the NPF belongs to the Naga people and it represents the Naga identity.
“The NPF party is not owned by any leader but belongs to the Naga people and the party is the only inheritance party we can give to our future generation”, Kenye said.
He reminded how the NPF party was given birth when Nagas were in turmoil therefore the party’s sole aim was for the upliftment and strengthening of the Naga people.
The NPF party is not just a mere political party unlike other political parties that exist only for contesting elections and grab for power but to protect its people and work for the welfare of its people, he added.
According to a press release issued by NPF Press Bureau, the MP also said that many political parties come and go in Nagaland but NPF party will exist as long as the Naga people exist as the NPF root is beyond election politics.
The NPF Secretary General reminded each party worker of the many responsibilities they have to shoulder to contribute to Naga society.
During the meeting, NPF spokesperson, Achumbemo Kikon called for unity among the party workers as the party is the only platform to preserve and protect the identity of the Naga people.
He also asserted that NPF will play a strong and constructive opposition but did not rule out that the Government may shift to the NPF soon.
Various speakers of the Kiphire division, including the division president Justin Katamong, who spoke on the occasion asserted to work tirelessly for the uplift of the party at any cost and serve the people.
They also assured to commit their selfless service for the party in the days to come.
The Secretary General entourage to Kiphire was accompanied by members of the Central Youth Wing, Central Farmers Wing, Legal Cell, Central Women Wing, including the Central Office bearers.
(Page News Service)