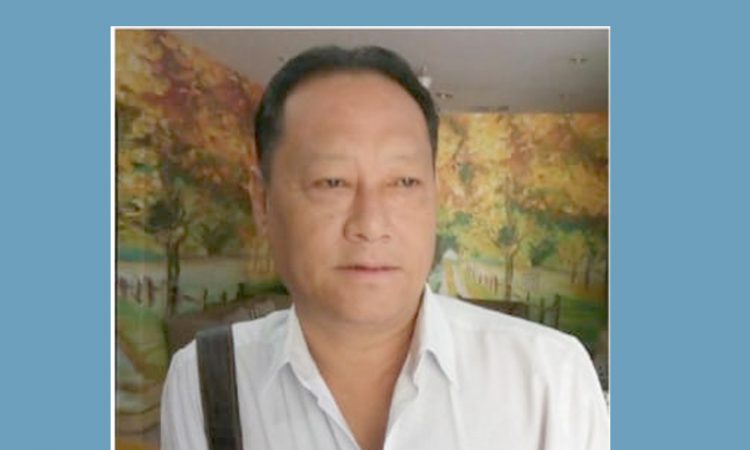 Dimapur, February 6: Vice President of Nagaland Pradesh Congress Committee (NPCC), Jonathan Ao passed away today at Guwahati, where he was undergoing treatment at GNRC after suffering serious head injury in a road accident five days ago in Dimapur town.

In a condolence message, the NPCC stated that his death has sent shockwaves among Congress rank and file as he was one among the few remaining diehard party loyalist who grew up from party’s youth organizational ranks and remained strongly rooted in the secular ideology and principles of Indian National Congress till his last breath.
PCC president, K Therie along with all Congress men and women extended heartfelt condolences to Lanuienla Lemtur and children on the irreparable loss of her beloved husband a loving father.
The NPC prayed to Almighty God to give them strength and solace in this hour of grief.
NMDA: The president along with the members of NMDA have expressed shock and mourned the sudden demise of its former President, late Jonathan Ao. The NMDA said Jonathan was the former president of the association and had lots of contribution towards the medical business fraternity.
Stating that his commitment towards the association and members would always be cherished, the NMDA prayed to God to give strength to the bereaved family to overcome the great loss.
NMDA also declared that all pharmacies in and around would remain closed on February 7 to pay respect and homage to the departed soul. (Page News Service)