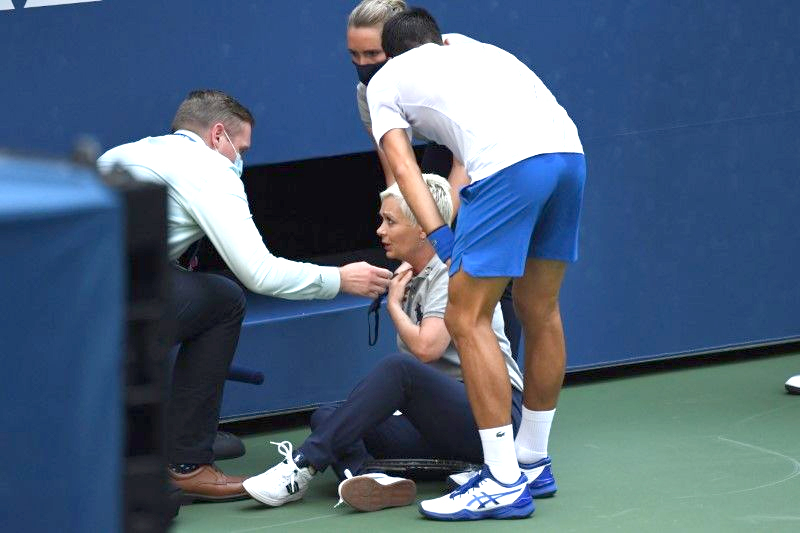 NEW YORK, September 7: Tennis players throwing rackets and hitting balls away in anger and frustration during matches are regular scenes on the circuit, but those could be a thing of the past after Novak Djokovic’s
disqualification from the US Open on Sunday.
The men’s world number one was eliminated from the Grand Slam after inadvertently hitting a ball into a line judge’s throat during his fourth round match on the Arthur Ashe Stadiumcourt.
Two-time Grand Slam winner Naomi Osaka flung her racket away in frustration after losing a second-set tiebreak against Marta Kostyuk in her third-round match on Friday.
Asked in her on-court-interview on Sunday if Djokovic’s fate would serve as a reminder, the Japanese former world number one said: “I guess yes. For me, that’s definitely like a warning to never do that.”
“I wasn’t watching the match live because I was sleeping, but knowing that, of course, I think puts a little bit of – what’s it called – you’re more aware of it, of course,” the former U.S. Open champion told reporters later.
“For me, I try not to slam my racket anyways. Of course, I probably do a couple times. But I definitely think it’s making people a bit more aware.”
Canadian Denis Shapovalov had suffered the same fate as Djokovic during a 2017 Davis Cup tie when he, after an unforced error, smashed a ball in frustration with his racket and hit chair umpire Arnaud Gabas in the face.
Shapovalov called Djokovic’s incident unfortunate as did German Alexander Zverev, who has taken out his frustration several times in the past by smashing his rackets.
“I don’t think I have ever gotten defaulted yet in my career or in my life,” Zverev said after his win on Sunday. “No, I haven’t been in a situation like that.” (Reuters)