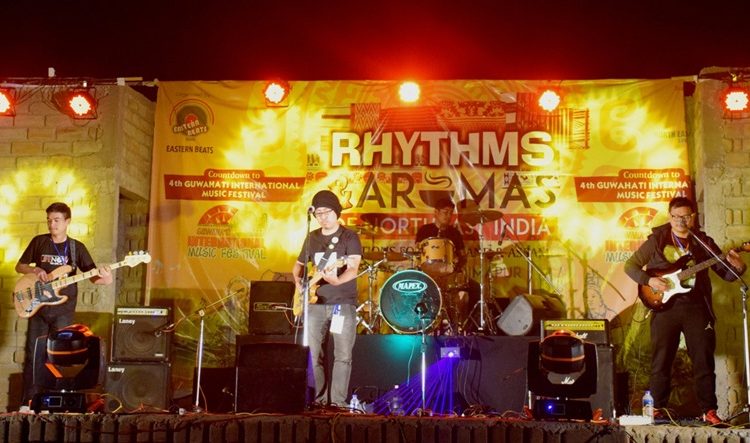 Three bands from Assam and four bands from Nagaland performed on the inauguration day of Rhythms & Aromas of the North East, a regional series music festival, which was held on December 30 at Howey Jungle, Nihoto, Dimapur.
The bands that performed on the inaugural ceremony were Kenny and the Faith from Kohima, Jambilli, a folk fusion band from Diphu, SCRVLET from Kohima, Ambong, a project band from Mokokchung, Little Beats, a Bolly Rock band from Assam, Paradigm Shift, a popular upcoming band from Dimapur, and Ambush, a renowned protest rock band from Diphu.
One or two bands from Dimapur Chapter along with bands from other NE states will be selected to perform at Guwahati International Music Festival 2020. Hosted by Abiogenesis, the festival is an initiation of the Eastern Beats Society, Guwahati and sponsored by North East Council, Shillong.