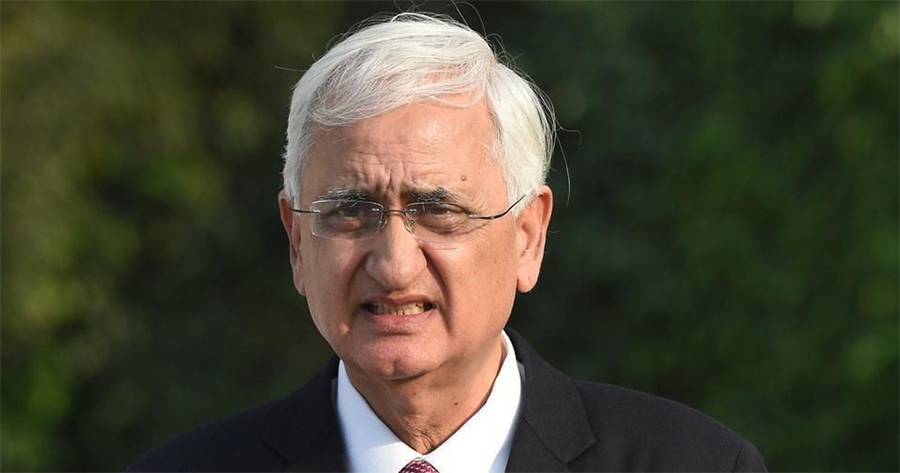 New Delhi, August 30: Asserting that there was no urgency to have an elected Congress president, senior leader Salman Khurshid on Sunday said he “can’t see the heavens falling” for the need of a party chief as Sonia Gandhi was still at the helm and should be the one to decide on the leadership issue.
Khurshid, a former Union minister and among the leaders considered close to the Gandhi family, told PTI in an interview that he would not have signed the letter even if he was approached by the group that wrote to Gandhi seeking urgent organisational overhaul, including an active and full-time leadership.
On Ghulam Nabi Azad, the most vocal among the 23 letter writers, seeking organisational elections to ensure that the Congress does not remain out of power for decades, Khurshid said the senior leader from Jammu and Kashmir had been part of the top echelons of the party for years when there has been no such elections and still the party prospered.
He said probably Azad wanted a change now in what the party has been doing over the years and expressed confidence that the leadership will give a thought to what he is saying as he is a senior leader
Khurshid said the leaders who have written to Sonia Gandhi always had access to her and could have approached her rather than writing to her.
“It is very clear that the important persons in this letter do belong to the top echelons of our party and therefore Mrs Gandhi has indicated that it was best that they could have discussed it within the confines of the party,” he said.
Khurshid’s remarks assume significance as they come days after the ‘group of 23’ wrote to Gandhi calling for far-reaching reforms within the party such as having a “full time, active and visible” leadership, devolution of powers to state units and revamping the Congress Working Committee (CWC) in line with the party constitution.
Asked about the suggestions made in the letter, Khurshid said the discussion seems to be about electing a leader and the Congress president has indicated that it can be done at an appropriate time when physically it is possible.
“For people like me, we already have leaders, we have a leader in Mrs Sonia Gandhi, we have a leader in Rahul Gandhi. So, for me there is no sense of urgency about electing leaders. Electing a president, yes that will happen when it happens, I can’t see the heavens falling down. What is the sense of urgency that is being expressed, is not clear to me,” he said.
“We don’t have a part-time president, we have a full-time president but the full-time president is an interim president and no ordinary person as an interim president as she is the longest serving president. We must just trust and leave it to the longest serving president to take steps when she thinks it is appropriate,” the Congress leader said.
On whether it would have been better to go to the president for articulating concerns than writing a letter, Khurshid said the leaders had done that for the last 20 years and he did not know what was different now or had changed that they felt the need to write a letter.
Asked about the future of the party with knives out within the organisation at a time it needs to be revitalised, he said, “The pens are out, so what is the problem. Of course the words written with pens can hurt and they did, but they don’t draw blood…it’s only ink, it’s something we can live with and I am sure that the ink will fade in due course.”
Khurshid said no one had approached him for signing the letter and even if anyone had done so, he would not have signed because he does not agree with the letter.
“There is nothing about that letter that gives an opportunity for me to express and say that I may want to say…We have always spoken directly with the leadership, so I don’t know what changed because of which people are not speaking directly. Nothing has changed for me and therefore, I don’t see the urge for writing the letter,” he said.
Khurshid said he still feels that instead of leaders continuously urging Rahul Gandhi to come back as party chief, they must leave the decision to him.
“Surely he understands the implications of that letter more than I do, he will do what he thinks is the best to do,” he said, when asked if it was now imperative for Rahul Gandhi to return as party chief to set the house in order.
Asked about the criticism of the group of leaders who have written to Sonia Gandhi and them being labelled as dissidents, Khurshid said the Congress president has noted that “we are a family and that bygones be bygones”.
“It (letter) is something that she said hurt her but graciously she said that this must stop here. We don’t have to take it any further. Now if individuals are somewhere saying something etc. Please see it in the context of what she has said,” he said.
After the seven-hour meeting of the CWC last week, the party’s top decision-making body urged Sonia Gandhi to continue as its interim chief till an AICC session could be convened and authorised her to effect necessary organisational changes to deal with the challenges facing the party.
It made it clear no one would be permitted to undermine or weaken the party and its leadership.
The CWC also resolved that inner-party issues cannot be deliberated through the media or in public fora and all such issues must be raised within the party “in the interest of propriety and discipline”. (PTI)