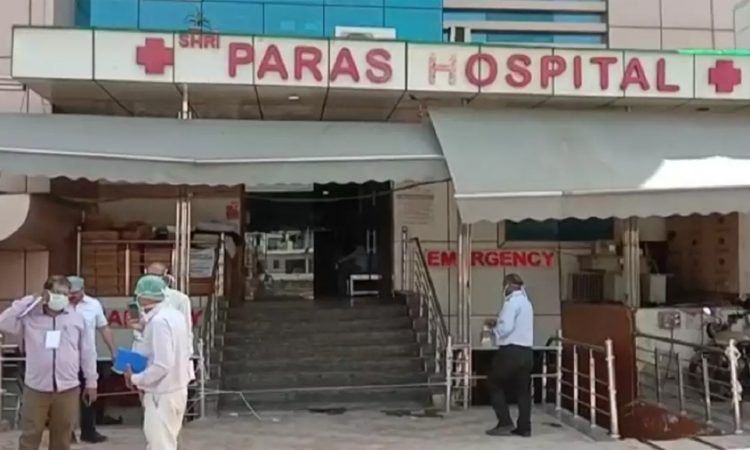 Agra, June 19: A team of doctors investigating an alleged ‘mock drill’ by a private hospital here has given a clean chit to the facility, saying it found no proof of an exercise during which oxygen supply was cut off and 22 patients reportedly died.

The enquiry had been ordered by the Agra administration last week after a video clip surfaced on social media in which the owner of the city’s Shri Paras Hospital was purportedly heard saying that he conducted a “mock drill” in which oxygen supply was cut off for COVID-19 patients for five minutes.
In the video, the hospitals’ owner, Dr Arinjay Jain, was purportedly also heard saying that after the oxygen supply was shut off, bodies of 22 patients started turning blue.
The enquiry report submitted by the panel of doctors to the district authorities said there was no proof of a ‘mock drill’ during which oxygen supply was cut off for five minutes due to which 22 patients allegedly died at the hospital.
The panel, however, mentioned that 16 patients died at the facility during April 26-27 due to co-morbidities and other issues.
“Out of the 16 patients, who died in that period of 26th and 27th April, 14 had co-morbidities, while two had other issues,” the report stated.
After the video clip was shared widely on social media, the hospital was sealed and a case was registered against the owner under the Epidemic Diseases Act.
Two panels were formed to conduct the enquiry a four-member death audit committee and a two-member magisterial committee. On Friday night, District Magistrate Prabhu N Singh released a report based on those submitted by the two panels.
Giving a clean chit to the hospital, the report said the facility monitored symptoms of hypoxia and oxygen saturation levels of patients so that treatment could be done with limited oxygen availability.