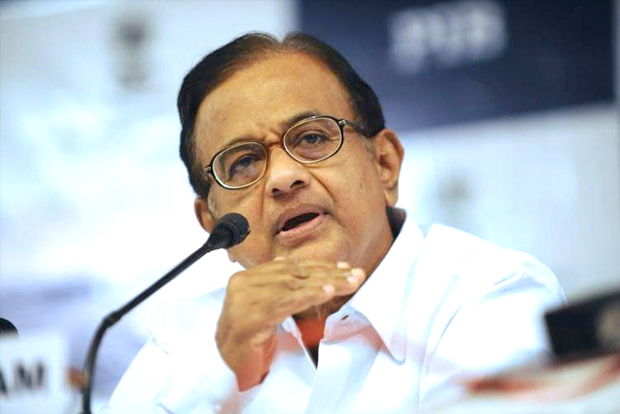 New Delhi, January 16: Senior Congress leader P Chidambaram on Saturday hit out at the Centre over the impasse on the farm laws, alleging that “no one” was consulted for the legislations, and asserted that the only way out for the government was to agree to start on a “clean slate”.

His remarks came a day after the Centre asked protesting farmers to form an informal group to prepare a concrete proposal about their objections and suggestions on the farm laws for further discussion at their next meeting on January 19 to end the long-running protest at various Delhi borders.
The protesting farmer unions, however, stuck to their main demand of a complete repeal of the three legislations.
In a series of tweets, Chidambaram said that as expected, another round of talks between the farmers and government has failed.
The fault lies with the government because it will not agree to get rid of the disputed laws, the former Union minister said.
“RTI responses have exposed as a lie the government’s claim that there were extensive consultations before the Farm Laws Ordinances were promulgated. The truth is that no one was consulted. In particular, state governments were not consulted,” he alleged.
The only way out of the impasse is for the government to admit its mistake and agree to start on a clean slate, Chidambaram said.
Thousands of farmers, mostly from Haryana and Punjab, have been protesting at several border points of Delhi since November 28 last year, demanding a repeal of the three laws and a legal guarantee to the minimum support price (MSP) system for their crops.
Enacted in September last year, the three laws have been projected by the Centre as major reforms in the agriculture sector that will remove middlemen and allow farmers to sell their produce anywhere in the country.
However, the protesting farmers have expressed their apprehension that the new laws would pave the way for eliminating the safety cushion of the MSP and do away with the “mandi” (wholesale market) system, leaving them at the mercy of big corporates. (PTI)