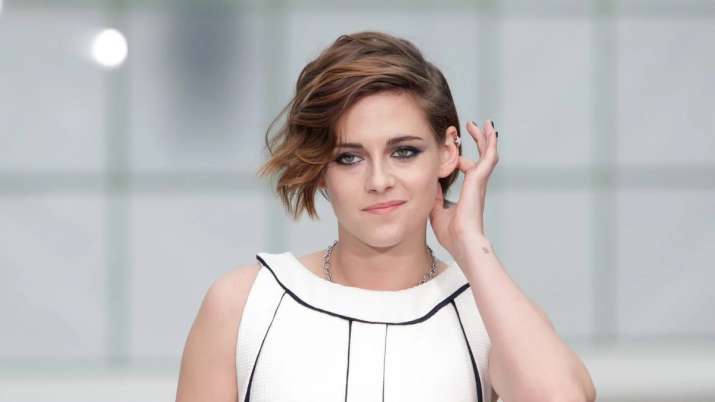 Hollywood star Kristen Stewart may be no stranger to the paparazzi, but after playing Princess Diana on the silver screen she feels that no one can understand what it felt like to be her.

New movie “Spencer” premiered at the Venice Film Festival on Friday, with Stewart the latest actor to play Diana, whose marriage to Britain’s Prince Charles ended in scandal and divorce. The princess later died in a Paris car crash in 1997, after fleeing photographers.
The film focuses on her decision to flee the pressures of the royal family and take control of her own life at a key juncture in the early 1990s.
“She was the most famous woman in the world, she was the most photographed woman in the whole world,” Stewart told journalists ahead of the premiere.
“I have tasted a high level of that, but really kind of nowhere near that monumental, symbolic representation of an entire group of people, an entire country — and the world,” she said.
“I can relate but I don’t think anyone can understand what that felt like,” said Stewart, of the royal family’s claustrophobic watch over Diana, who was expected to bend to protocol and was powerless to make her own decisions.
In taking on the role, Stewart joins a long list of actors who have sought to capture the spirit of the royal, most recently Emma Corrin, who this year won a Golden Globe for her portrayal in season four of Netflix’s “The Crown”.
Early reviews for “Spencer” were enthusiastic, with Variety trade magazine calling it “magnificent” and ScreenDaily calling Stewart’s performance “brittle, tender, sometimes playful and not a little uncanny”.
Stewart, wrote The Telegraph, “will be instantly and justifiably awards-tipped for this”.
The new film, which is competing for the top Golden Lion award at Venice, was directed by Chilean Pablo Larrain and is described from the outset as “a fable from a true tragedy”.

It tracks the princess over three days at Christmas when the royal family is assembled at Queen Elizabeth’s private residence at Sandringham.
We first see Diana at the wheel on a rambling country road — lost, as it turns out, and late for Christmas Eve lunch at the castle.
Tensions with Prince Charles (Jack Farthing) are at their peak, after the heir to the throne has gifted his wife the same pearl necklace offered to his mistress, Camilla Parker Bowles.
As played by Stewart, Diana’s misery is palpable.
But more revealing is the inner radiance and sparkle we see when Diana is alone with her children, the young princes William and Harry.
“The idea of somebody being so desperate for connection and somebody who is able to make other people feel so good, feeling so bad on the inside, and being so generous with her energy, we just haven’t had so many of those people,” said Stewart.
“The saddest part of the story is we will never know her and that’s all she wanted, was to just tell the story herself.” (AFP)