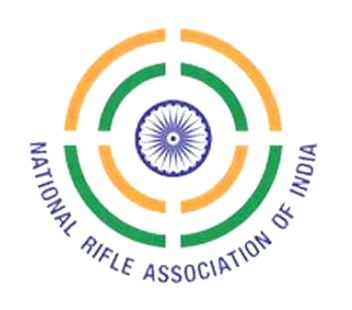 NEW DELHI, August 4: The National Rifle Association of India (NRAI) on Tuesday decided to postpone indefinitely the proposed national camp for Tokyo Olympic-bound shooters and core probables, citing the prevailing conditions with respect to the Covid-19pandemic.
The NRAI’s governing body met through video conferencing and took the decision to defer the camp, which was originally scheduled for August 1 start. Earlier, according to some NRAI officials, the dates for the resumption of the camp were worked out for mid-August somewhere.
“The NRAI, in its meeting held on Tuesday, reviewed the decision taken during the Emergent Meeting of the governing body on July 14, of holding a national coaching camp for Olympic core group athletes at the Karni Singh Shooting Range (KSSR) in Delhi from the first week of August. Under the prevailing conditions with respect to the Covid-19 pandemic, the governing body decided to defer the camp, till the time conditions are safer all-around as well as suitable for outstation travel. Health and safety of shooters/coaches was paramount in the review of the decision. The NRAI will announce a new schedule at a later date,” the federation said in a statement.
TOI had exclusively reported on July 28 that the camp will not start at the KSSR from August 1, as the shooters and coaches had questioned the need and urgency for such an ‘ill-timed’ schedule when the pandemic was peaking. Moreover, the shooters, coaches and high-performance manager, Ronak Pandit, weren’t consulted by the NRAI before announcing the date for 34 Olympic core group of shooters.
There were multiple factors involved for the postponement of the camp, including outstation shooters’ natural fear to travel during the pandemic, exposing themselves to airport checks where the guns carried by the shooters will be examined physically be security personnel, worsening of covid-19 situation in cities like Bengaluru, Kolkata, Pune, Mumbai and other parts of Maharashtra, absence of the NRAI’s own Standard Operating Procedure (SOP) manual which it had promised to release a week before the conduct of the camp, the federation’s bizarre directive for shooters to mandatorily get themselves tested for covid-19 at their respective home locations and undergoing a 21-day period of institutionalised quarantine for first arriving in Delhi and then travelling to Haryana.
The federation’s contentious rule making attendance compulsory for shooters has discouraged many to stay away from the Olympic preparatory camp, given no domestic or international events are planned for this year and the Tokyo Games have been postponed until July-August 2021.
Some of the shooters, who have been frequenting the KSSR in their personal capacity, include Mairaj Ahmad Khan, Sheeraz Sheikh, Manu Bhaker, Deepak Kumar, Sanjeev Rajput and Anish Bhanwala. But, most of them have either been staying in Delhi-NCR region or travel occasionally from nearby cities in Haryana. Some have even rented apartments near the range in and around Faridabad. The NRAI had planned to house the campers at the Manav Rachna University campus in Faridabad, which is an ISSF-approved training academy and situated closer to the KSSR. (TNN)