Sign in
Home COVID19 No major side-effects of HCQ in studies in India, can be used as preventive COVID treatment: ICMR 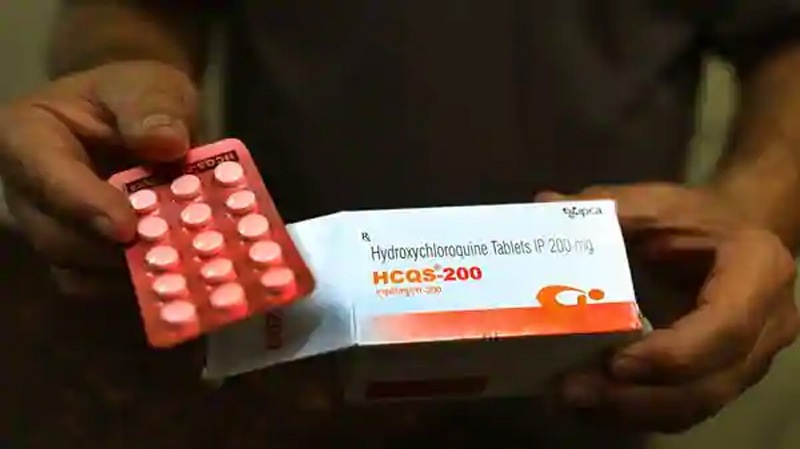 New Delhi, May 26: No major side-effects of antimalarial drug Hydroxychloroquine (HCQ) have been found in studies in India and its use can be continued in preventive treatment for COVID-19 under strict medical supervision, the Indian Council of Medical Research (ICMR) said on Tuesday.
The ICMR’s statement came against the backdrop of the World Health Organization (WHO) temporarily suspending the testing of the drug as a potential treatment for COVID-19 over safety concerns.
According to sources, the Union Health Ministry shot off an e-mail to the WHO on Monday night over its decision.
“It was conveyed to the WHO that perhaps all the reports have not been considered before suspending the trials. The same would be true of other drugs in the trial where differing reports are also coming. And the ICMR, which is leading the solidarity trials in India, has also not been consulted,” a source told PTI.
On studies on HCQ in India, ICMR Director General Balram Bhargava said, “The COVID-19 is an evolving field and we do not know which drug is working and which is not working. Lots of drugs are being repurposed for COVID-19, whether for prophylaxis (treatment given or action taken to prevent disease) or for treatment of the disease.”
“During these six weeks, we got some data in India, mainly observational studies and some case control studies. We found there were no major side-effects (of HCQ) except for nausea, vomiting, palpitation occasionally. Hence in our advisory, we’ve recommended that it should be continued for prophylaxis as there is no harm. Benefit may be there,” he told a press briefing here on Tuesday.
He said it has been “clearly advised that HCQ should be taken with food, not on empty stomach”.
“We also emphasized that one ECG should be done during the treatment. We expanded the use of HCQ from healthcare workers to front-line workers also, considering the potential benefits,” he added.
Bhargava said that Chloroquine is a very old antimalarial drug used for nearly 100 years and Hydroxychloroquine is even safer and is widely used for malaria.
“Taking biological plausibility, in-vitro data and the availability and safety of this drug [HCQ], we had recommended it for use under strict medical supervision,” the ICMR DG told the press conference.
“It was very popular drug suddenly when the American government also started using it and they got fast track approval or emergency use authorisation for it. We also thought that it may be a useful drug for prevention of COVID,” Bhargava said.
He said that risk-benefit studies of the HCQ were conducted at the AIIMS, the ICMR, and also in three public hospitals in Delhi.
“Looking at the risk and benefits we found that we should not deny it to our frontline and healthcare workers dealing with the COVID-19 patients. At the same time we have also said that the use of PPE should be continued,” he stressed.
Referring to an ongoing nationwide ICMR study to assess the efficacy HCQ as a preventive medication against COVID among healthcare personnel in hospitals, Bhargava said the soon-to-be-published findings will also talk about how many of the surveyed people were wearing PPEs, what were the side-effects and how many benefited.
Bhargava further said the ICMR has ramped up testing facilities and over one lakh samples are being tested per day now.
While India had just one lab — NIV, Pune — on January 17, it has 612 laboratories (430 public and 182) private labs now, he said.
The capacity has been increased by augmenting number of labs, shifts, RT-PCR machines and manpower, he said.
“Guidelines have been issued to states advising immediate testing for symptomatic and home-quarantine for asymptomatic migrant workers. Besides, most states have been working with the National Tuberculosis Elimination Programme to deploy TrueNat machines for COVID-29 testing.
“Indigenous manufacturers of RT-PCR kits, VTM, swabs and RNA extraction kits have been facilitated,” he said.
Lav Agarwal, Joint Secretary in the Ministry of Health, said the recovery rate for COVID-19 cases in the country has seen an upwards trend and has improved from 7.1 per cent in March, when the lockdown was initiated, to 11.42 per cent during the second phase of lockdown.
It improved to 26.59 pc in the third phase and to 41.61 per cent now, he said.
The ICMR in its revised advisory on May 22 recommended use of the HCQ as a preventive medication for COVID-19 for asymptomatic healthcare workers in non-COVID hospitals and frontline staff on surveillance duty in containment zones and paramilitary/police personnel involved in coronavirus related activities.
Besides, the drug was also recommended for all asymptomatic healthcare workers involved in containment and treatment of COVID-19 and household contacts of laboratory-confirmed cases.
Highlighting the studies on prophylaxis of SARS-CoV-2 infection, the advisory stated that a retrospective case-control analysis at ICMR has found that there is a significant dose-response relationship between the number of prophylactic doses taken and frequency of occurrence of SARS CoV-2 infection in symptomatic healthcare workers who were tested for coronavirus infection.
Another investigation from three central government hospitals here indicates that amongst healthcare workers involved in COVID-19 care, those on HCQ prophylaxis were less likely to develop SARS-CoV-2 infection, compared to those who were not on it. The benefit was less pronounced in healthcare workers caring for a general patient, the advisory said. (PTI)