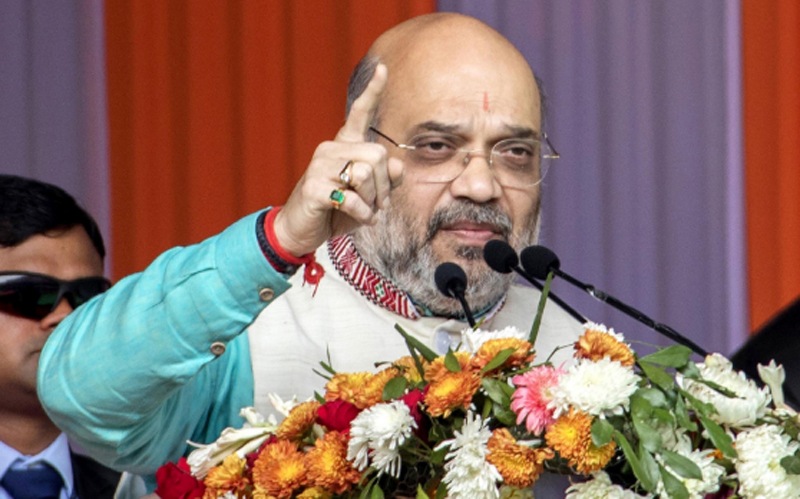 Itanagar, February 20: Union Home Minister Amit Shah on Thursday dismissed as “misinformation” the talk of repeal of Article 371 of the Constitution, as he reaffirmed the government’s commitment to protecting the unique culture of the Northeast.
Most states that have special provisions under Article 371 are in the Northeast. These provisions are aimed at preserving their cultural heritage and customary laws.
Addressing a gathering to mark the 34th foundation day of Arunachal Pradesh, Shah said the Northeast was only geographically united with the rest of India before 2014 when Narendra Modi assumed office of the prime minister.
“The real emotional integration of the region with the rest of the country happened only under the Modi government,” he said.
Shah said, “Misinformation was spread after abrogation of Article 370, which gave special status to Jammu and Kashmir, that Article 371 will also be scrapped. It will never happen. Nobody has any such intention.”
Referring to the problems of militancy and inter-state boundary disputes in the region, the home minister said the Modi government was committed to their resolution.
“The government has already started negotiations with various militant organisations to restore peace in the region.
It recently inked the Bodo Peace Accord, besides resolving the Bru-Reang issue and ending the indefinite blockade in Manipur.
“When we come to seek your votes in 2024, the Northeast will have been free from problems like militancy and inter-state strife,” he said.
Underlining the prime minister’s commitment to the development of the Northeast, the minister said, Narendra Modi visited the region 30 times in five years, six times a year.
He said while only Rs 89,168 crore was allocated to the region by the 13th Finance Commission when the UPA was in power, it shot up to Rs 3,13,374 lakh crore under the 14th Finance Commission after the NDA assumed office.
Under the Northeast Council (NEC), a total of 474 new projects have been sanctioned for the region, apart from national highway projects worth 32,000 crore. By 2024, all state capitals in the region will have road and air connectivity, he said.
In Arunachal Pradesh, the Union home minister claimed, only Rs 47,000 crore was spent on road construction in 25 years, while Rs 50,000 crore was expended in the last five years alone.
The NDA government has taken up the ambitious project of building the 2,000 KM Arunachal Frontier Highway, besides undertaking survey of three new railway lines. The government also proposed to set up an IIT at an estimated cost of Rs 400 crore, he said.
He praised Chief Minister Pema Khandu for giving a corruption-free and development-oriented government.
“The young chief minister is taking forward the dream of Prime Minister Modi of a New India”.
He also appreciated the patriotic spirit of the people of the state that borders China.
“In some places people great each other with ‘namaste’, in some others with ‘Ram Ram’. In Gujarat, they say ‘kem cho’. It is only in Arunachal that people greet each other with ‘Jai Hind’. There cannot be a better example of patriotic spirit,” he said.
Shah, who also unveiled Arunachal Pradesh Industrial and Investment Policy at the function, said the initiative will give added impetus to the prime minister’s goal of turning India into a 5 trillion dollar economy.
According to government sources, the policy will also incentivise outside investors.
The Union minister also inaugurated with remote control a two-lane road project, newly constructed MLA apartments and a housing project for senior officers.
He laid the foundation stone of state police headquarters building and flagged off 148 sanitation vehicles for the urban areas of the state.
Union Minister of State for Development of North Eastern Region Jitendra Singh and MoS Sports Kiren Rijiju were among those present. (PTI)

India between Stage 2 and 3 of COVID-19 pandemic: Health Ministry