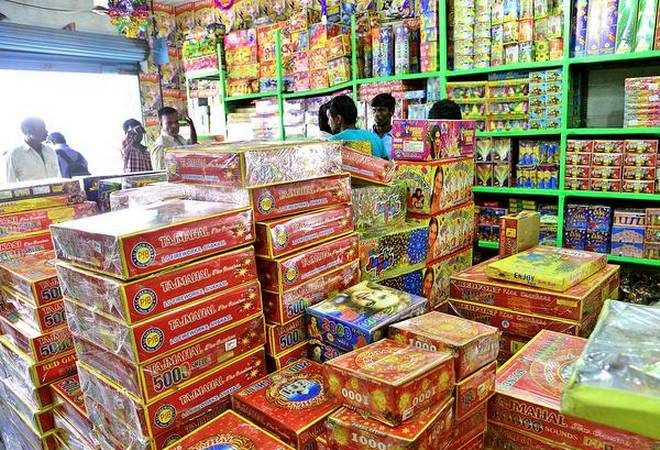 New Delhi, October 23: Ahead of Diwali, the Supreme Court on Tuesday announced that there would be no ban on the sale of fire crackers, but only licensed traders would be allowed to sell crackers. The court also said the licensed traders would be allowed to sell eco-friendly crackers only.
The top court has, however, put a ban on the sale of firecrackers online, and people are only allowed to burst crackers between 8 pm and 10 pm on Diwali and and between 11.45 pm and 12.30 am on Christmas Eve and New Year.
The time frame during which crackers will are allowed to be burst applies to all festivals and celebrations such as weddings and New Year parties.
The court was hearing a plea seeking a ban on manufacture and sale of firecrackers across the country to curb air pollution.
A bench of Justice AK Sikri and Justice Ashok Bhushan, which had reserved its verdict on August 28, pronounced the judgment on Tuesday.
The apex court had earlier said there was a need to take into account all aspects, including the fundamental right of livelihood of firecracker manufacturers and the right to health of over 1.3 billion people in the country, while considering a plea for the ban.
The top court had said Article 21 (right to life) of Constitution applies to both segments of people and it needed to maintain a balance while considering a countrywide ban on firecrackers.
It had asked the Centre to suggest measures to be taken for curbing the pollution and what will be the effect of firecrackers on the public at large.
The apex court had on August 8 said a spike in PM 2.5 levels in the air is a severe problem as the particulate matter remains in people’s lungs, leading to serious health implications.
Firecrackers manufacturers earlier told the court that use of firecrackers should not be completely banned and it should instead be strictly regulated.
They have contended that the crackers are not the reason for increase in air pollution and there are other factors, like wind and temperature, which contribute to it.
They have said the firecracker manufacturers can be deprived of their right to do business based on statements which were not supported by facts.
On October 9 last year, the top court temporarily banned the sale of firecrackers ahead of Diwali.
Later, the court refused to relax its order while dismissing a plea by traders who had sought permission to sell crackers for at least a day or two before Diwali on October 19, 2017. (Agencies)