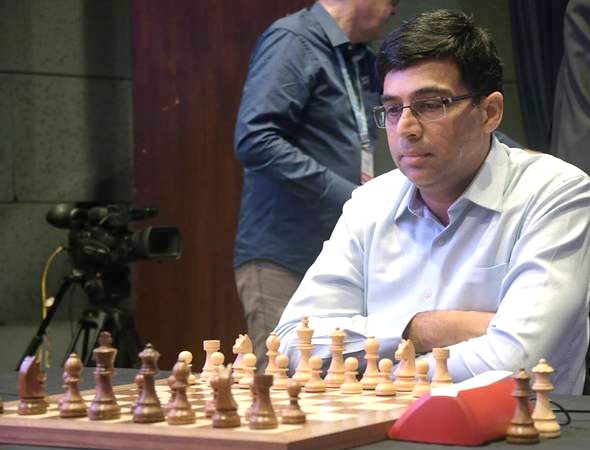 DORTMUND, July 18: India’s GM Viswanathan Anand won the Sparkassen Trophy after playing out a draw in his fourth and final round ‘No Castling’ game’ against longtime rival Vladimir Kramnik of Russia on Sunday.

Playing white in a Tarrasch variation, Anand, a former world champion, settled for a draw in 40 moves, to win the match 2.5-1.5.
The Indian maestro won the opening game of the series before the next three ended in stalemate.
Kramnik, also a former world champion, had forced a draw in the third game on Saturday to keep alive his chances of levelling the scores in the four-game match.
The event was played as part of the “No-Castling” Chess devised by the Russian GM.
Castling is not allowed in this format in an effort to make the game more interesting.
Castling is a special move to protect the king and activate the rook. It is the only time in chess a player can move two pieces in one move.

Anand had returned to over the board action at the Croatia Grand Chess Tour tournament in Zagreb last week and took overall second place (Rapid and Blitz sections combined). (PTI)