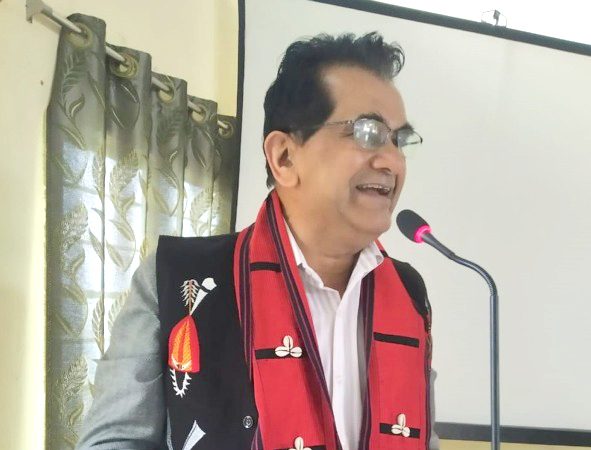 Dimapur, April 7: The Chief Executive Officer (CEO) of NITI Aayog, Amitabh Kant on Wednesday sanctioned Rs 5 crore for appointment of Science and Math teachers in Kiphire district, according to a DIPR report.

Kant and the Director of Aspirational Districts Programme, NITI Aayog, Soumitra Mandai visited Kiphire Aspirational District on April 7 and held a meeting at the DC’s conference hall.
While underscoring the importance of Health and Education sector, the CEO urged the State Government to deploy doctors, and maths and science teachers at the earliest.
He also said that correct data is very important to measure improvement in the district developmental activities. Kant said that hard work is required for the success of Aspirational District, the report stated.
The CEO informed that among the Aspirational Districts in 2021, Kiphire ranked first in Health and Nutrition; and second in Basic Infrastructure. He also said that the district can be developed if the various projects taken up are properly implemented and managed.
Kant added that for the district to prosper, Health and Nutrition sector, and action plan for skill youth must be improved. He assured of the Central Government’s support in the developmental activities.
The CEO and the Director also visited District Hospital Kiphire, GMS Kiphire village, Anganwadi Centre, Kiphire village and ITI Centre, Kiphire.
He also had a meeting with USLP, Yimchunger Tribal Council and Sumi Tribal Council. The Department of Agriculture presented a PowerPoint presentation which was followed by an interaction. (Page News Service)