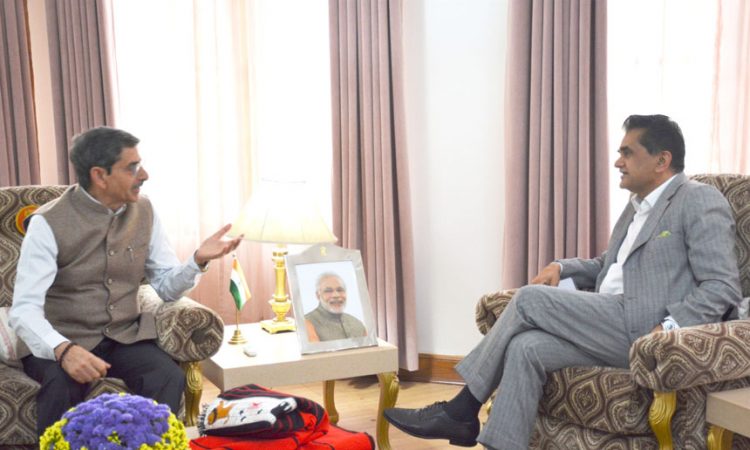 Kohima, April 6: The Chief Executive Officer (CEO) of NITI Aayog, Amitabh Kant, who is on a two-day visit here in Nagaland, today held a meeting with top government officials led by Chief Secretary J Alam at Hotel Vivor in Kohima.

It is understood that the Kant was briefed about the developmental activities in the State. Top officers from at least 18 departments attended the meeting.
The officers briefed the visiting officials about the achievements and programmes of the departments. The CEO is accompanied by Director of Aspirational Districts Programme, NITI Aayog, Soumitra Mandai.
The two officials also called on Governor R N Ravi. On April 7, the NITI Aayog officials will visit Aspirational District Kiphire and conduct a field visit before leaving for Delhi.
Meanwhile, a Raj Bhavan press release on Tuesday informed that the Governor discussed pressing development issues of the State in general and Kiphire, the only Aspirational District in the State in particular.
He specially discussed those aspects of development e.g. health, education, livelihood, infrastructure which have bearing on the Human Development Indices, it stated. Frequent transfer of Deputy Commissioner in an Aspirational District emerged as a cause of concern, it added.

Ravi urged the CEO of NITI Aayog to pay special attention to Nagaland as the State needs genuine handholding to catch up with the rest of the country, it informed.
(Page News Service)