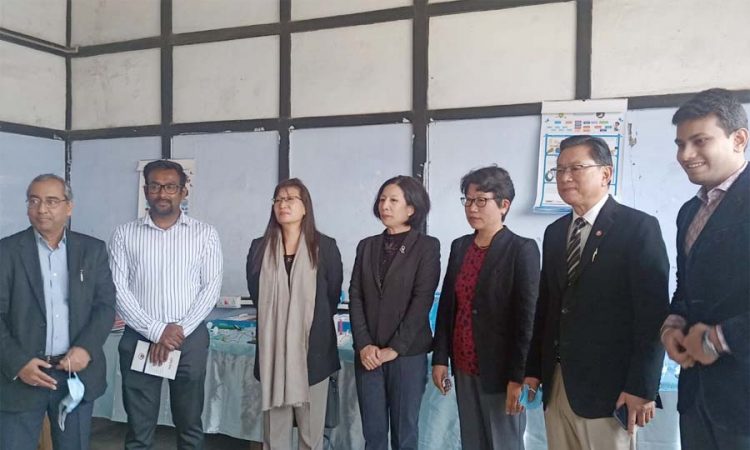 Nischals Portable & Micro-scale Laboratories is a product of Nischals’ Smart Learning Solutions Pvt. Ltd (Nischals), an international company that is constantly striving to transform the classroom into a lab, while aiming for the maximum possible involvement of a child in the learning process to develop creativity and conceptualization
Nischals have donated its Portable & Micro-scale Laboratories to Government Higher Secondary Schools in Dimapur, Mon, Zunheboto and Kohima.
Also, Maths labs have been donated to Government Higher Secondary Schools in Tuensang and Phek.
Principal Director, School Education, Shanavas C informed that the total value of the Maths Lab along with the micro-scale lab which consists of laboratory apparatus and materials for physics, chemistry and biology which was donated to the 6 schools in Nagaland is Rs.35.5 lakh and is being provided for free of cost by Nischals as part of its CSR in coordination with Department of School Education.
Speaking at the inauguration programme, Advisor KT Sukhalu said that while Maths and Science have been a big challenge for many students in Nagaland, the arrival of the labs to schools will definitely help the students since it has simplified the learning process.
Sukhalu also encouraged the teachers who would be trained on how to utilize the resources of the Lab to be sincere, since they will be the ones imparting the lessons to the students.
He said, “While it is meant to simplify the learning process, if it is not studied correctly it will be a bit confusing for the children and in this regard, I would like the teachers who will be taking up training to further impart it to the students to concentrate on the two-day training which is going to start from March 17.”
Highlighting that Nagaland has a very serious employment problem and that it has the highest number of government employees as per its population ratio which also means that the state government will not be in a position to provide government jobs to everyone, he said, “I feel that the world will be a bigger place for you to play if Science and Maths is your background.”
Sukhalu also exhorted the students not to limit their dreams and ambitions to one’s locality.
Founder of Nischals, Nischal Narayanam said that the company was formed on the premise of improving children’s ability to grasp, apply and retain concepts in their long-term memory by continually striving to create caring, competent and confident individuals who will be able to cope with the challenges not only in academics, but also in real life.
Stating that it commonly observed that the subject mathematics and science is feared across the world which is mainly due to weak foundation in the learning process of the child in its initial state, Narayanam said that with laboratory apparatus and materials from Nischals can help transform the way how things are learnt.
Emphasizing that “Learning by doing” is the most effective learning process, Narayanam implored on the students of RGHSS to be focused, determined and patient in their journey of learning.

Nischal Narayanam, who is also the youngest Double Guinness World Record Holder and accredited as one of the Seven Brilliant Brains of the World by the National Geographic Channel, is also the youngest Chartered Accountant India has ever produced. He is also a Gold Medal Winner of the renowned President’s Award.
Nischal, who is also a World Memory Champion and is considered as the youngest among the top 10 memorizers of the world displayed his memory prowess to the students of RGHSS by memorizing 50 random digits and recited them by memory. (Page News Service)