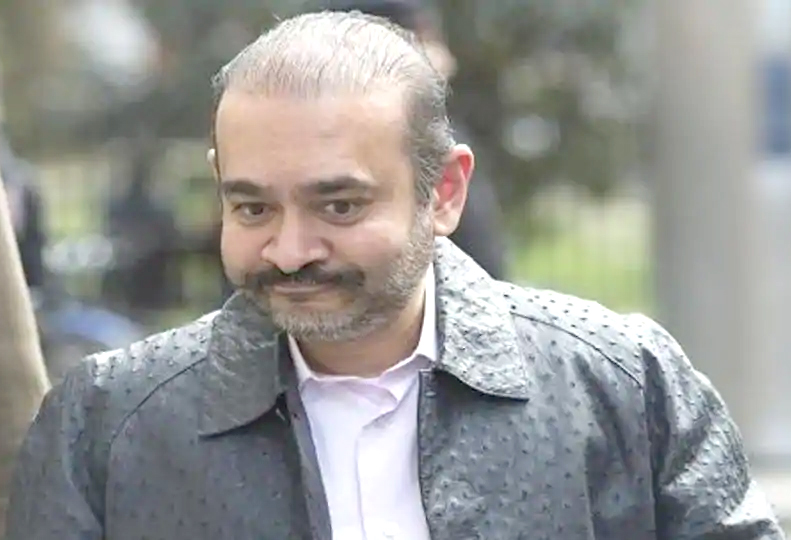 LONDON, SEPTEMBER 6: The 5-day extradition trial of fugitive diamantaire Nirav Modi to face charges of major financial offences in India is set to begin in the Westminster Magistrates Court on Monday until September 11, with objections, arguments and counter-arguments made so far resonating with those in the case of businessman Vijay Mallya.
Modi, 49, is the subject of 2 extradition requests – one processed by the Central Bureau of Investigation (CBI) and the other by the Enforcement Directorate (ED). Lodged in the Wandsworth jail since his arrest in March 2019, he has been refused bail 5 times.
Under UK extradition rules, the Court will need to determine whether there is a prima facie case of fraud and money laundering mentioned in the material supplied by the Indian Government; reaching a judgment of guilt is not the purpose of the trial.
More hearings are due later in the year and a ruling on the extradition is expected in December. The ruling will take the form of a recommendation to the Home Secretary whether any bars exist to Modi’s extradition or not.
Charges against Modi involve a Mumbai branch of the Punjab National Bank (PNB) that extended his companies loans worth over Rs 11,300 crore. The CBI case relates to large-scale fraud upon PNB, through the fraudulent obtaining of Letters of Understanding (LOUs/loan agreements); the ED case relates to the laundering of the proceeds of that fraud.
The second extradition request was made on the basis of 2 additional offences as part of the CBI case. It was certified by Home Secretary Priti Patel on February 20 as required under the 1993 India-UK extradition treaty.
The additional offences relate to allegations that Modi interfered with the CBI investigation by “causing disappearance of evidence” and intimidating witnesses (“criminal intimidation to cause death”).
India’s case is that Modi and his companies obtained loans without credit facilities in place; without providing the requisite cash margin; without proper documentation; without paying a proper commission and LOUs not being properly recorded in PNB’s systems; and the proceeds of which were wrongly diverted either to the repayment of earlier LOUs and/or to the benefit of a series of linked Modi-controlled companies.
India’s case, represented in the Court by the Crown Prosecution Service (CPS) is that the fraudulent LOUs would not have been issued without the active involvement of the co-accused PNB officers.
Documents submitted in the Modi case refer to several points of law, objections and rulings made in the Vijay Mallya case, as Modi’s defence raised similar objections to extradition – lack of a prima facie case, the alleged impossibility of a fair trial in India, and risk to human rights in the Arthur Road jail in Mumbai.
The CPS refers to the Mallya case in its skeleton argument in the Modi case to refute or respond to arguments by Modi’s defence, pointing out that many of the objections put forth had been dismissed in judgments in the Mallya case.
The CPS submitted that there is no evidence that “justifies a departure from the approach taken in Mallya” on the issue of lack of prima facie case, admissibility of evidence submitted by India, or on the sovereign assurance by the Ministry of Home Affairs on there being no risk to human rights in the Mumbai jail.
Despite offering to raise the bail security amount to 4 million pounds, UK Courts have refused Modi bail on the ground that he posed a risk and had the means to influence witnesses and tamper with evidence.
(Courtesy: HT)