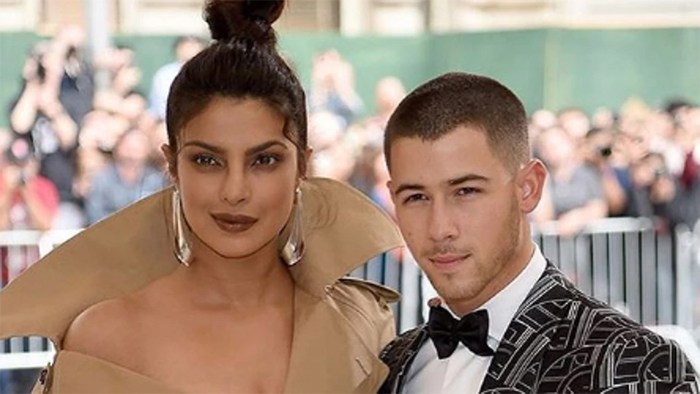 While a lot of haters still cannot digest the 11-year age gap between Priyanka Chopra and Nick Jonas, it’s exactly what he loves about his relationship. A source has told People that Nick is least bothered by how Priyanka is a decade older than him.
“Nick loves dating older women, and if anything it makes Priyanka even more attractive to him,” the source said. Before Priyanka (36), Nick (25) is also rumoured to have dated actor Kate Hudson (39) in 2015. Nick also confessed he liked older women because ‘they know what they want’ in a chat on television show Watch What Happens Live with Andy Cohen.
Nick and Priyanka reportedly got engaged on her 36th birthday in New York in July and she quit her upcoming Hindi film with Salman Khan, Bharat, allegedly to get married later this year. Director Ali Abbas Zafar confirmed the news in a tweet which also hinted at her engagement with Nick. She is, however, still a part of Shonali Bose’s The Sky Is Pink and has also reportedly signed a movie with Chris Pratt, Cowboy Ninja Viking.
“Nick has been obsessed with Priyanka since they started dating,” the source told People and added that he has always loved her beauty and her intelligence. The two began dating in May and were spotted hand-in-hand at many special outings. He accompanied her to India for a short holiday and she attended his cousin’s wedding with him.