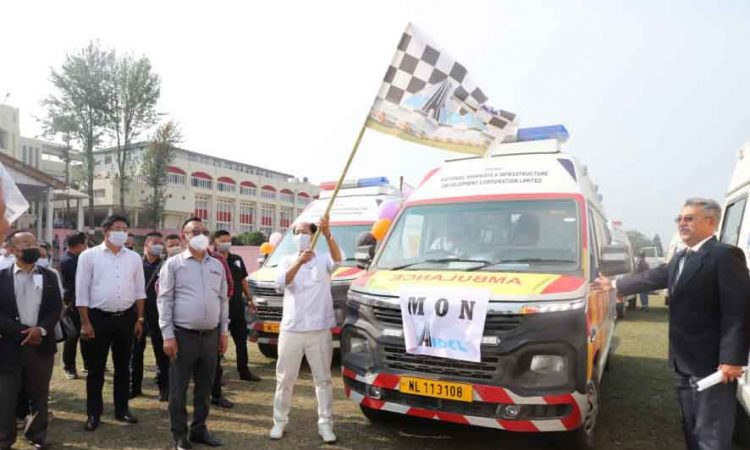 “I believe that these ambulances equipped with basic life support systems, defibrillators, oxygen cylinders and power backups, different kinds of stretchers and medicines, are capable of handling emergencies such as pregnancies and accidents,” Rio said.
While expressing gratitude on behalf of the people of Nagaland, the Chief Minister said that the gesture of NHIDCL will go a long way in building trust and friendship with the north-eastern people.
He said that unlike other States in India where there are many big manufacturing units and industries, Nagaland seldom receive money from big corporations in the form of CSR. “Since we don’t have a single industry or manufacturing unit, we don’t get any CSR but the NHIDCL has come to the Northeast and for the first time, their CSR is coming and we are really grateful, particularly in the time of pandemic,” Rio stated.
He also said that the addition of 24 ambulances to the existing fleet will go on to serve the needs of the people who live in remote villages.
Executive Director of NHIDCl, MS Deol said that the NHIDCL is delighted to donate the ambulances in times of emergency.

Deol also shared that the NHIDCL has, in the last 11 months, contributed towards social upliftment in the State by means of skill development programmes, distribution of 94 thousand flavoured water bottles for free to the government schools in Dimapur and Kohima, along with installation of bore wells and tube wells in the remote villages of Mokokchung and Longleng. (Page News Service)