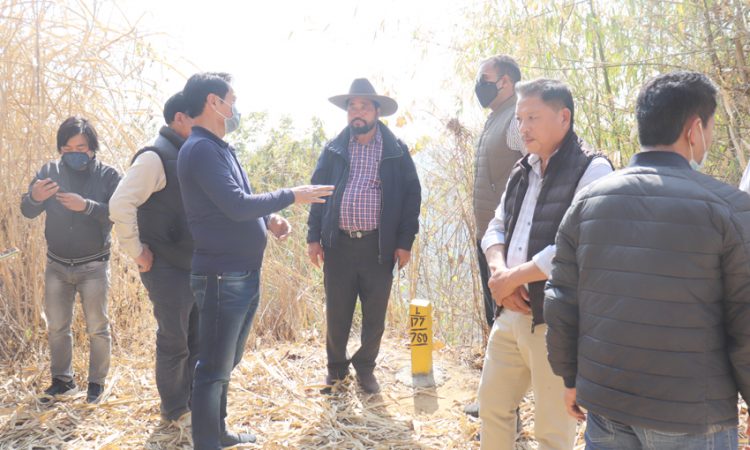 “It may be noted that the stone and boulder slides at Pakala Pahar on NH-29, have caused immense hardships to commuters and affected the passage of essential commodities due to the ongoing four-lane constructions,” stated a press release from the media cell of the deputy chief minister.
On February 2, a major rockslide on NH-29 between Chathe River Bridge/Patkai Bridge and Kukidolong had left three persons injured and several cars damaged. Traffic movement was restricted till February 11, when the governor called for a review meeting with PWD, NHIDCL officials, among others.
According to the press release from the Dy. CM’s office, Patton instructed the executive director of NHIDCL to make consideration for maximum public safety and ensure quality workmanship.
He also appealed to the public to “understand the gravity of technical and practical aspects” and extend their cooperation, it added.
Longrineken asked the NHIDCL and department officials to maintain quality workmanship and prioritise durability of the road. He also directed the NHIDCL officials to complete the construction works on time, it stated.
Patton also visited the by-pass road to check the condition and feasibility of the road from Dimapur to Kohima via 7th mile Khopanala and New Medziphema site.
It stated that this road, 18.5 km long, will be an alternative route during the four-lane construction on NH-29.
During his interaction with department officials at the proposed site, the Chief Engineer (H) and Urban Engineering Wing, Yanbemo Lotha s stated that the repair and restoration work of the existing road has already started and assured that it will be completed at the earliest possible time, it informed.