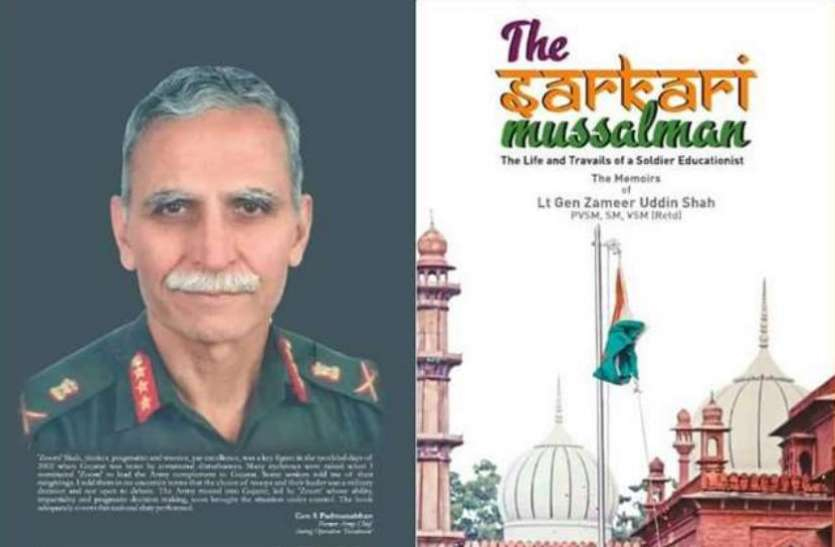 ‘A marriage of convenience between gun, political power & funds’

Moa Longkumer
Dimapur, November 20: Former Deputy Chief of Army Staff, Lt Gen Zameer Uddin Shah has claimed that there is close nexus between Naga insurgent groups and political parties in Nagaland.
The insurgent groups are affiliated with political parties, Lt Gen ZU Shah wrote in his memoirs The Sarkari Mussalman.
“It is a marriage of convenience between the gun, political power and funds,” wrote the retired General on Nagaland in the chapter dedicated to North East (Insurgency in North East India – Reminiscences).
The retired Lt Gen had served in the NE region for a long period. He was first posted in Chakabama in the early 80’s, and thereafter had several tenures in the NE including Arunachal Pradesh, Manipur and again in Nagaland as the GOC 3 Corps.
In the book, the retired general says economic aid funnelled into NE states are diverted to the coffers of a few powerful politicians and do not benefit the common citizens, while a large part ends up as ‘taxes’ to insurgent organisations.
“So, in effect, the Central funds are bankrolling insurgency, which has become an industry. There are vested interests keeping the insurgency alive which has increasingly become a profitable business. Insurgencies have, in reality, morphed into criminal activity,” he wrote.
According to Shah, the present People’s Democratic Alliance, a coalition of NDPP, BJP, JDU and Independents which came to power under Chief Minister Neiphiu Rio in 2017 is supportive and has stressed on an ‘inclusive and acceptable’ solution.
“Inclusive implies agreement of all sections,” he said.
The retired Lt Gen maintained that a Naga peace settlement can only succeed if agreement is reached with Naga representatives, nominated by consensus, between various tribes/ factions. The Centre has conveyed to various groups in Nagaland that re-election would be one of the options to accommodate rebel groups after the peace deal is finalised, he said.
Shah, however, says this appears difficult as some opposing factions will again bring up the main demand of Greater Nagaland. “The NSCN (IM) has also been periodically reiterating that the demand for integration of all the contiguous Naga territory is ‘indispensable’ in seeking a final settlement with the Government of India,” he said.
But Lt Gen ZU Shah reminds that the Indian Government has made it clear that demands for sovereignty and territorial adjustments, which impact boundaries of neighbouring states, will not be conceded.
“The Tuensang Tract of the erstwhile North East Frontier Agency (NEFA) had been earlier assimilated in Nagaland in 1963. No government can now afford to make a similar territorial concession,” he wrote.
On the inclusion of Naga belt in Myanmar, Lt Gen ZU Shah said this is irrelevant since it is virtually an open border and the rugged jungle terrain prevents the Myanmar Army from exercising any modicum of control.
Commenting on the recent peace overture and signing of the framework agreement with NSCN (IM) in 2015, the retired general alleged that the Government of India is ignoring other powerful groups in the State.
“The NSCN (IM) is essentially an entity of Tangkhul Nagas of Manipur. Other powerful groups like NSCN (K), comprising mainly Konyak tribesmen of northern and eastern Nagaland, and NSCN (KK), comprising Semas of Dimapur region, have been ignored. Another section which has been overlooked are the Angami and Ao tribes which provided leadership to Nagas for very long spells,” he claimed.
Lt Gen ZU Shah called the Naga insurgency, the ‘Mother of all insurgencies’ in India, which has festered since Independence. “It has given impetus to other insurgent movements. It was curbed as its success would have triggered a ‘domino effect’ for other such secessionist demands,” he wrote.
The Sarkari Mussalman has courted much controversy over its portions relating to the 2002 Gujarat riots. Shah, who led the Army in quelling the riots, has said in his memoir that after about 3,000 troops landed at the Ahmedabad airfield by 7 am on March 1, they had to wait for over a day to receive transport and other logistical support from the state government in order to fan out to the cities and towns which were engulfed in violence.
This delay, according to him, happened despite a request by the Lt. General to then Chief Minister Narendra Modi at 2 a.m. on March 1 in Ahmedabad, in the presence of Union Defence Minister George Fernandes.
The Sarkari Mussalman was released on October 13 last by former Vice President of India Hamid Ansari.