Terming it as an ‘incredible world platform to highlight us’, he said that a lot of good folk music is there but has just not been explored and they are looking for pure organic form of music. “It is our hope that the real village singers in the villages will also benefit out of this. This is also going to be a motivation for artists in the villages to connect with music producers”, he said.
Substantiating further, he emphasized that people are now looking for very exotic kind of music from around the world and added that “in a flat digital world where everything is the same, anything organic is going to stand out and have the potential to sell well.” In the meantime, he noted that our music producers also need to start focusing on folk music. “The time is NOW because there is a market for it”, he articulated.
In this regard, Theja Meru, Advisor to TaFMA thanked Brooke Wentz, Founder-CEO for coming forward to partner with Nagaland and giving a much-needed platform to let the world hear and discover music from Nagaland. He also thanked the chief minister of Nagaland, Neiphiu Rio for his vision and aspiration to share Naga music to the world and for making Nagaland a true centre for music and arts.
Putting across that Senti Toy Threadgill has been instrumental towards this partnership, he thanked her for contacting the Seven Seas Music and making the relationship a possibility. It may be noted that Senti Toy Threadgill is a singer, songwriter and an ethnomusicologist based in New York City and hails from Kohima. Her music album “How Many Stories Do You Read On My Face” was selected by the Wall Street Journal’s Top 5 listings (2007) in the alternative music category, a list which included Radiohead and Leslie Feist, one of the most spectacular debuts in music history.
The Founder-CEO Brooke Wentz had said about the partnership that-“We are thrilled to empower both sides – producers and artists – and deliver memorable audio-visual experiences to audiences by offering the most compelling music from emerging and established artists from around the world, representing over 30,000 songs by 3,600 artists from 155 countries.”
The Advisor for TaFMA further added that musicians from Nagaland who have original music particularly in the genre of folk and fusion music can contact TaFMA at tafma2019@gmail.com or call 9863192767 for further details to make their music available on the Seven Seas Music platform. Each artist may submit up to 8 songs. Mention may be made here that Seven Seas Music is a music licensing and discovery platform that helps media professionals quickly stream and license authentic music from around the world (www.seven seasmusic.com).
It is a platform where music supervisors, producers, and other creators can search for culturally diverse sounds to accompany their visual content via custom search tools and unique features that make discovering and licensing international talent fast, easy and streamlined. Users are able to purchase individual or blanket legal licenses for their favorite tracks in just a click and monies collected go back to the artists in their respective countries.

The company is overseen by two of the most respected names in music supervision and licensing, Brooke Wentz and Maryam Battaglia, who have a combined 100+ film credits to their names and also founded the prestigious Rights Workshop, a distinguished music supervision, licensing and creative clearance company. (Page News Service) 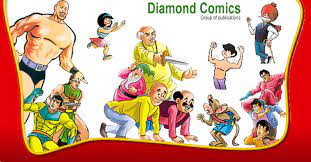