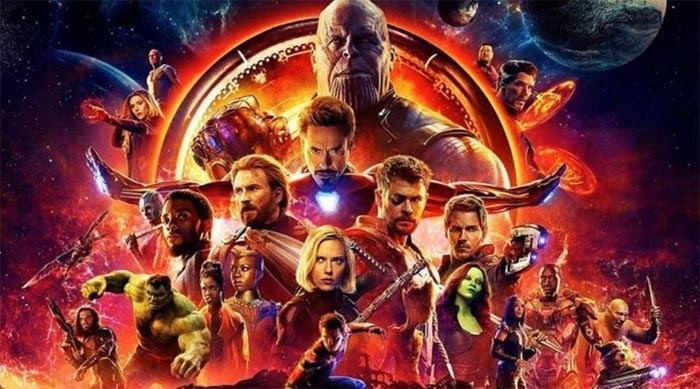 The Marvel Reddit can be an endless rabbit hole for fans to explore, and sometimes they strike gold. A new theory offers a neat way for the X-Men universe to merge with the Marvel Cinematic Universe in future MCU films.
The union has been made possible by Disney’s impending takeover of 20th Century Fox and its creative assets. The X-Men characters could be introduced in the MCU after Avengers 4, the theory suggests.
A Redditor who goes by Meme_abstinent has posted a ‘very detailed’ theory predicting how the X-Men could be integrated into the MCU, based on the origins of mutants. The theory suggests that the X-Men will be rebooted after X-Men: Dark Phoenix and The New Mutants, two films whose long delays have raised several questions among fans.
“The X-Men will be rebooted… except Deadpool and the X-Force. Mutants will be introduced through the events of Avengers 4, as some of the half of humanity that comes back from the Snappening will become mutants and the Modern X-Men. Meanwhile, Professor X, Magneto, and Wolverine may already exist.”
What the Redditor is saying is that the people who were affected by Thanos’ finger snap at the end of Avengers: Infinity War might get infected by the mutant gene. “In the MCU the Mutant Gene will be activated when a human makes contact with an Infinity Stone and receives powers from it. This allows Scarlet Witch to be re-branded back to a Mutant which is key to this theory.”
Scarlet Witch is technically a mutant but she couldn’t be called that in the MCU because of legal reasons. The post goes into more detail: “Now imagine mutants as the everyday folk from the regular world who come back to life with these powers. Clearly people could be terrified of mutants they are in the comics, heck anybody could be one!Currently, Scarlet Witch is feared by most of the world due to the affects of Civil War.The already frightened public realises that that damn Scarlet Witch is also a mutant! That creates the social riff like the comics, anyone could be a mutant and thus they are dangerous. Scarlet Witch was the first modern mutant other than her brother, so she will most likely want to help her fellow mutants. She’s already lost her family, it would make sense that her character desperately wants a new family. And since most of the Avengers she’s worked with will either die or retire and a new team comes in, I doubt her character will feel as at home. Also, Scarlet can crack under the pressure of leading the X-Men or even choosing sides and boom eventually House of M.”
But before Scarlet Witch can form a new team of mutants, the post says that characters such as Professor X and Wolverine already exist in this world. “Professor X, Magneto, and Wolverine are already alive, as Mutants are granted their powers through contact with the Infinity Stones and each character has already encountered one sometime in the MCU’s history. Let’s say Magneto was experimented on by Red Skull and the Space Stone as a holocaust survivor. Let’s say Logan 300 years ago encountered a stone or the stone’s energy. Hell that way he could still fight alongside Cap maybe in a flashback or cameo (granted he was hiding his powers). Charles is harder but hey, it’s Marvel’s job. This also can maybe [lead to] an eventual Apocalypse movie again as even he could be canon.
As for the R-rated Deadpool’s inclusion in the MCU, Disney chief Bob Iger recently said at an investors call that, “It [Deadpool] clearly has been and will be Marvel branded. But we think there might be an opportunity for a Marvel-R brand for something like Deadpool. As long as we let the audiences know what’s coming, we think we can manage that fine.”
“Time to uncork that explosive sexual tension between Deadpool and Mickey Mouse,” Ryan Reynolds tweeted after earlier reports of the Disney-Fox deal.
“We’re also looking forward to expanding the Marvel Cinematic Universe to include X-Men, Fantastic Four and Deadpool,” Iger had previously confirmed.
Avengers 4 will be released in May, 2019, and has been billed as a ‘significant conclusion’ to the MCU by Iger, who said that the studio will likely continue the series with the thousands of other characters it had at its disposal.