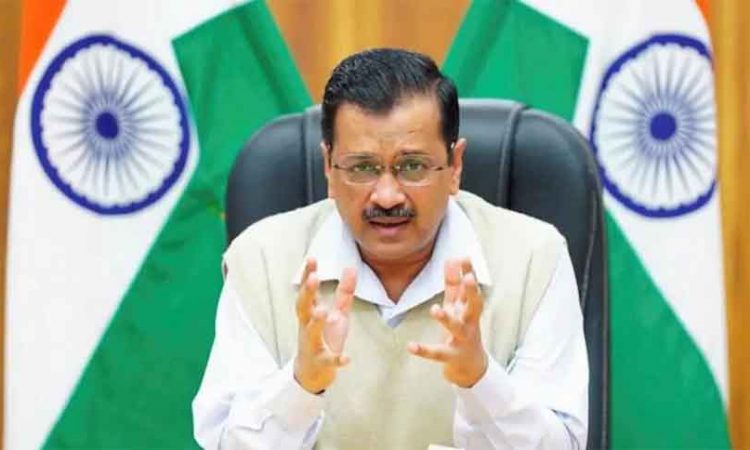 Singapore, May 19: Angry netizens in Singapore on Wednesday criticised Delhi Chief Minister Arvind Kejriwal for claiming that a “very dangerous” strain of the COVID-19 was prevalent in the city state that could cause a third wave of infections in Delhi, accusing him of “spreading misinformation” while seeking an apology and recommending fact-checking.

Singaporeans vent their anger on social media after Kejriwal on Twitter claimed that a new strain of the coronavirus found in Singapore could be very dangerous for children and urged the Indian government to cancel all air links with Singapore.
“The new form of coronavirus in Singapore is said to be very dangerous for children. It could reach Delhi in the form of a third wave. My appeal to the Central government: 1. Cancel all air services with Singapore with immediate effect 2. Work on vaccine alternatives for children on a priority basis,” the Delhi Chief Minister said in a tweet in Hindi on Tuesday.
Responding to Kejriwal’s tweet, Singapore’s health ministry on Tuesday night said: There is no truth whatsoever in the assertions found within the reports.
There is no Singapore variant. The strain that is prevalent in many of the COVID-19 cases in recent weeks is the B.1.617.2 variant, which originated in India. Phylogenetic testing has shown this B.1.617.2 variant to be associated with several clusters in Singapore, it said in a statement.
The Singapore foreign ministry said there is no “Singapore variant” and that the strain prevalent in many of the COVID-19 cases in recent weeks is the B.1.617.2 variant, which was first detected in India.
The ministry said in a statement that it “regrets the unfounded assertions made on Facebook and Twitter by Chief Minister of Delhi Arvind Kejriwal that a variant of COVID-19 found in Singapore was particularly harmful to children and could cause a third wave of infections in India.
“The MFA is disappointed that a prominent political figure had failed to ascertain the facts before making such claims. MFA met the High Commissioner of India P Kumaran this morning to express these concerns,” the statement said.
Kejriwal’s tweet caused much anger among netizens in this country who took to social media to attack the Delhi Chief Minister, whose Health Minister Satyendar Jain on Wednesday again claimed that there was a “different strain” of the coronavirus spreading in Singapore.
Prominent Singapore blogger mrbrown wrote: Hey, Delhi chief minister! The B1617 strain came from your country.
A Twitter user with the handle ‘Antaraaneja’ said that Singapore schools are closed because of the B.1.617.2 strain, Perhaps fact-checking and an apology are in order for spreading misinformation.
Some internet users even went on to mark his post as the one with “misinformation”.
Another person wrote: I don’t know a lot of jokes but I found @ArvindKejriwal.. man.. he is a joke!
What a joke. Here we are politely calling it the strain from South Asia and there they are calling it (literally) Singapore virus, another user said.
Meanwhile, Singapore’s Foreign Minister Vivian Balakrishnan on Wednesday tweeted that “Politicians should stick to facts! There is no Singapore variant .”
He also thanked External Affairs Minister S Jaishankar for clearing the air after Kejriwal tweeted.
“Thanks @DrSJaishankar let’s focus on resolving the situation in our respective countries and helping one another. Nobody is safe until everyone is safe,” he said in another tweet.
In New Delhi, Ministry of External Affairs Spokesperson Arindam Bagchi said the Indian High Commissioner conveyed to the Singapore government that the Delhi chief minister has no competence to comment on COVID variants.
External Affairs Minister Jaishankar also made it clear that the Delhi Chief Minister does not speak for India.
Meanwhile, Singapore has closed all schools from Wednesday and switched to home-based learning.
The authorities also decided to vaccinate students aged between 12-15 as the number of infections in schools has increased recently.
Singapore has stopped allowing entry for long-term pass holders and short-term pass holders with recent travel from India from April 24.
Atul Temurnikar, Chairman of the Global Indian International School, said that there are comprehensive COVID-19 measures in place in Singapore to protect young, school-going students and they have proven to be very effective.
School life is unaffected and exams are conducted normally. In fact, cases of infections among children are less than 20, all of which have been linked to adult sources outside of schools, he said.

“The situation in Singapore is normal, and not at all alarming as it is made out to be. There are strict control mechanisms in place which are adjusted on a regular basis to deal with the developing situation around us,” he said in reaction to the reports in the Indian media.
According to the Union Health Ministry data updated on Wednesday, India saw a record 4,529 fatalities due to coronavirus in a single day, pushing the COVID-19 death toll to 2,83,248, while 2,67,334 fresh infections were recorded, taking the total tally of cases to 2,54,96,330.
The active cases have further reduced to 32,26,719 comprising 12.66 per cent of the total infections, while the national COVID-19 recovery rate has improved to 86.23 per cent. (PTI)