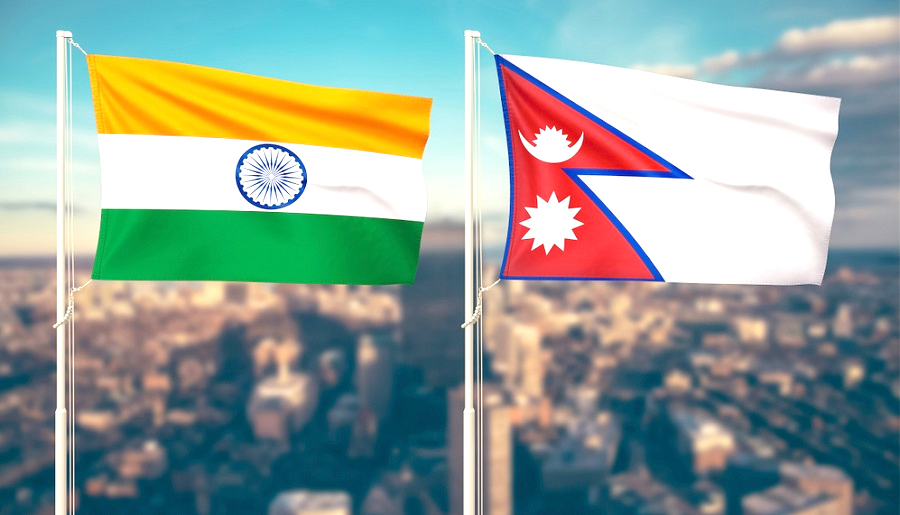 KATHMANDU, SEPTEMBER 22: Nepal has stopped the distribution of a new textbook that includes a revised political map showing 3 strategically-important Indian areas as part of its territory, saying there were a number of factual errors in it, according to a media report on Tuesday.
India has already termed as untenable the “artificial enlargement” of the territorial claims by Nepal after its Parliament unanimously approved the new political map of the country featuring Lipulekh, Kalapani and Limpiyadhura areas which India maintains belongs to it.
A Cabinet meeting on Tuesday instructed the Ministry of Education not to distribute and print any more copies of the text book meant for Class IX to XII as there were some reservations from the Ministry of Land Management and Cooperatives and the Ministry of Foreign Affairs, The Kathmandu Post reported.
The Ministry of Education does not have the authority to change Nepal’s geographical area and there are faults in the book, said spokesperson for the Ministry of Land Reform & Cooperatives Janak Raj Joshi.
There are errors in the book prepared by the Ministry of Education on a subject it has no expertise in, he said, adding that the higher authorities have been asked to take corrective measures.
The concerned body of the Nepal Government is yet to officially declare the revised geographical area of the country.
The Department of Survey, which is the official agency that declares the total area of the country, however, hasn’t made any decision on the area, Joshi said.
Education Minister Giriraj Mani Pokharel on September 15 released the 110-page book titled, Self Study Material on Nepal’s Territory and Border, which dwells around historical facts about the country’s territory and its border dispute mainly with India.
The book states Nepal’s new area to be 147,641.28 square kilometres including the 460.28 sq km area of the Kalapani area which was included in Nepal’s political map on May 20 by the Cabinet.
Minister for Education Pokharel has written a 6-page preface for the book in which he has mentioned about Nepal’s border disputes and other related issues. He said that he had launched a campaign to protect the Nepalese territory, including the areas of Kalapani, Lipulekh and Limpiyadhura.
However, Pokharel told The Kathmandu Post that the distribution of the book has been halted for now.
After Nepal’s Parliament approved the revised political map comprising Kalapani, Lipulekh and Limpiyadhura areas, the Cabinet had endorsed the new map and decided to use it in Government offices and print school text books with the new map.
Nepal in May released the revised political and administrative map of the country laying claim over the 3 strategically important areas in Uttarakhand, more than 6 months after India published a new map in November 2019.
Following the endorsement of the new map by the Nepal Cabinet, then Government spokesperson and Finance Minister Yuvaraj Khatiwada told the media that the Government had decided to update the schedule of the Constitution and school curriculum incorporating the new political map.
India in its response said that it had already made its position clear on it. “This artificial enlargement of claims is not based on historical fact or evidence and is not tenable. It is also violative of our current understanding to hold talks on outstanding boundary issues,” the Ministry of External Affairs had said.
The India-Nepal bilateral ties came under strain after Defence Minister Rajnath Singh inaugurated an 80-km-long strategically crucial road connecting the Lipulekh pass with Dharchula in Uttarakhand on May 8.
Nepal reacted sharply to the inauguration of the road claiming that it passed through Nepalese territory. India rejected the claim asserting that the road lies completely within its territory. (PTI)