HomeInfotainmentNeena Gupta says she took up ‘rubbish work’ in films for money: ‘One film comes a lot on TV and I cringe’
Infotainment
2 months agoAugust 1, 2021Neena Gupta 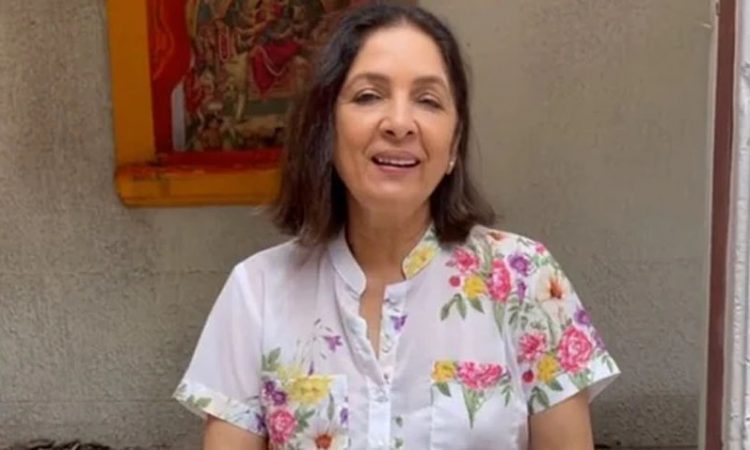 Veteran actor Neena Gupta opened up about taking up work in films that she was dissatisfied with, just to pay bills. She said that when it came to television, she had a choice, but she ended up doing ‘rubbish work’ in films.

Neena Gupta is enjoying a successful second innings in Bollywood, post the release of Badhaai Ho in 2018. She has since starred in films such as Shubh Mangal Zyada Saavdhan and Sardar Ka Grandson.
In an interview with Filmfare, Neena talked about taking up films that she was not convinced about in the past, only for money. “Earlier I used to do films that I prayed would never see the light of day. I played badly-written characters because I had no work,” she said.
Neena, who starred in shows such as Khandaan, Saans and Siski, added, “On television, I’ve never done anything that I’ve not liked. But there I could choose. With films, I needed the money so I had to do such rubbish work, you can’t imagine. There is this one film that comes a lot on TV and I cringe when I see myself in it. So yes, now I have a responsibility and I’m quite clear in my head about what I like and what I don’t want to portray.”
Recently, Neena turned author with an autobiography titled Sach Kahun Toh, in which she talked about her childhood in Delhi, entering the film industry, falling for cricketer Vivian Richards, becoming an unmarried mother to Masaba Gupta, being out of work for a long time and the second innings of her career.

Neena will be seen next in the Zee5 original Dial 100, which also stars Manoj Bajpayee and Sakshi Tanwar. The film will begin streaming from August 6. (Agencies)