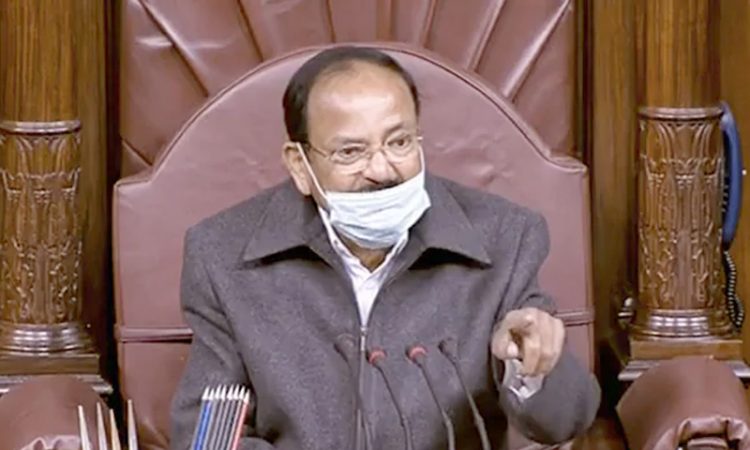 New Delhi, February 9: Rajya Sabha Chairman M Venkaiah Naidu on Tuesday suggested that it would be “really good” if both central and state governments agree not to follow the ordinance route for enacting laws, but stressed that political consensus is needed for it.
It is not going to help if political parties have an attitude that “if I am in power, I will issue ordinances. When you are in power, don’t issue ordinances”, Naidu said in the Upper House after an opposition member expressed concern over the Centre taking the ordinance route.
The chairman said the “spirit of democracy” in the context of the ordinance mechanism should be understood and to the extent possible, the government should return to the legislative process for enacting laws.
Communist Party of India (CPI) leader Binay Viswam alleged that the current government has a “tendency to bypass Parliament” and take the ordinance route to bring laws.
Viswam, while participating in a debate on the NCT Delhi laws (special provisions) second amendment Bill 2021, said 42 ordinances were brought during the NDA-I tenure and 77 under NDA-II till now. However, during UPA I-II together, a total of 59 ordinances were issued.
Further, the CPI leader requested the chairman to give a “strict instruction” to the government that the ordinance route cannot be allowed to be the practice.
To this, the chairman said, “If all central government and state governments agree on this – not to issue ordinance – that will be really very good. That has to be with the consensus of the political parties.”
Urging the members to understand the spirit of democracy, Mr Naidu said that he has seen in the Upper House that people opposing ordinances speak about the ”spirit of democracy”. (PTI)