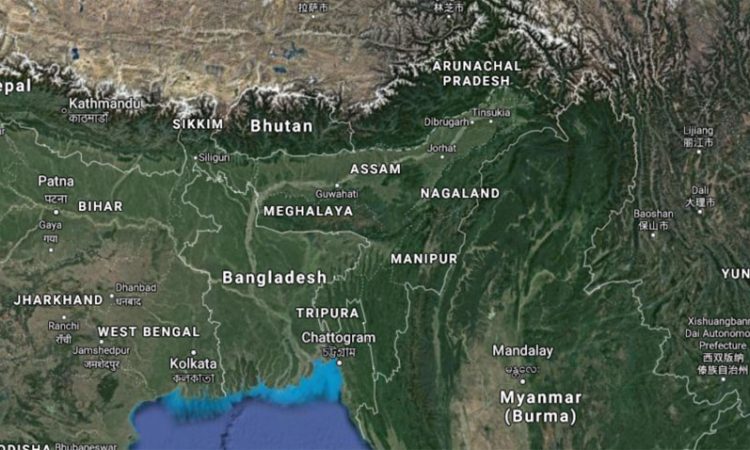 New Delhi, August 1: The Centre has decided to demarcate boundaries of the Northeastern states through satellite imaging to settle inter-state border disputes that are often becoming a cause of concern and sometimes even leading to violence.

Two senior government functionaries said the task has been given to the North Eastern Space Application Centre (NESAC), a joint initiative of the Department of Space (DoS) and the North Eastern Council (NEC).
The NESAC helps augment the developmental process in the Northeast region by providing advanced space technology support.
The inter-state border disputes have come under fresh focus recently after five Assam Police personnel and a civilian were killed in clashes along the Assam-Mizoram border.
The idea for demarcation of inter-state boundaries through satellite imaging was mooted by Union Home Minister Amit Shah a few months ago.
Shah had suggested roping in NESAC for mapping the inter-state borders and forests in the Northeastern region and coming up with a scientific demarcation of boundaries between states.
The Shillong-based NESAC is already using space technology for flood management in the region.
Since there will be scientific methods in the demarcation of borders, there will no scope for any discrepancy and there shall be better acceptability of the boundary solutions by the states, the government functionaries said.
Once the satellite mapping is done, the boundaries of Northeastern states could be drawn and the disputes could be resolved permanently, they said.
6 Assam Police personnel and a civilian were killed and over 50 others including a superintendent of police were injured when the Mizoram Police opened fire on a team of the Assam officials on July 26 following clashes along the two states’ border.
While the Mizoram government claimed that a 509 square-mile stretch of the inner-line reserve forest notified in 1875 under the Bengal Eastern Frontier Regulation of 1873 belongs to it, the Assam side insisted that the constitutional map and boundary, drawn by the Survey of India in 1993, was acceptable to it.

The major objectives of the NESAC are: to provide an operational remote sensing and geographic information system-aided natural resource information base to support activities on development, management of natural resources and infrastructure planning in the region.
It provides operational satellite communication applications services in the region in education, health care, disaster management support, and developmental communication.
The other objectives include taking up research in the area of space and atmospheric science and establishing an instrumentation hub and networking with various academic institutions of the region.
Also, to enable single window delivery of all possible space-based support for disaster management and to set up a regional level infrastructure for capacity building in the field of geospatial technology. (PTI)