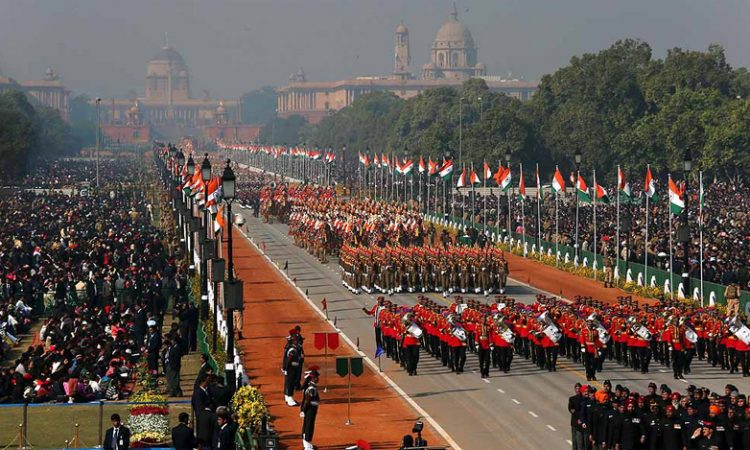 Imphal, January 23: Militant groups operating in the Northeast states have called for boycotting the Republic Day celebration in the entire region.
Six militant groups, namely the Kangleipak Communist Party (KCP), Kamatapur Liberation Organization (KLO), Kanglei Yawol Kanna Lup (KYKL), National Democratic Front of Boroland (NDFB), National Liberation Front of Twipra (NLFT) and People’s Democratic Council of Karbi-Longri (PDCK), have banned all forms of Republic Day celebrations.
The militant outfits have imposed a 12-hour shutdown on Republic Day throughout the region, beginning from 6 am till 6 pm. Emergency services and religious functions are exempted.
A joint statement issued by the six militant groups said, “This day is a day of national pride for the Hindi speaking mainland Indians and deserves joyous celebrations. But for peripheral colonies like Western South East Asia (WESEA) and Kashmir, this is a day of enslavement and mourning.”
The central government of India has been forcing the rim-land colonies to celebrate her Republic Day every year, it said.
It claimed that the Republic Day of India is such a day utilised as a tool of colonisation of the mind. “The intended function of this celebration is to obfuscate and finally erase the unadulterated historical memories of peripheral colonial peoples and to substitute them with a new history of India, fictionalised through deft cherry-picking of events and myths from the multitudinous streams of historical narratives of the multiplex of diverse nations and ethnic groups of the Indian sub-continent. But our future they are going to shape is nothing but our ‘national death’,” it warned.
“Being a Republic is being ruled by the people themselves. On top this Indian constitution declares India to be a ‘union of states’. But what the rim-land colonial peoples are experiencing is neither a republic nor a union of states. They are being subjected to a modern and sophisticated type of imperial rule from New Delhi,” it alleged.
“One glaring example of such monstrous machinations is the present issue of The Citizenship (Amendment) Bill, 2019. Violating all the norms and basic principles of Indian constitution, the present ruling party of India is working overtime to demographically jeopardize the entire WESEA region. This Bill, if enacted, will become a demographic ‘death warrant’ for the indigenous peoples of WESEA,” it held.
The outfit requested to all indigenous peoples of WESEA to support the ban to show ‘our’ will to survive against Indian machinations geared up to obliterate our ethnic existence.
Taking similar stand, the Coordination Committee (CorCom) an umbrella group of major militant outfit of Manipur, United Liberation Front of Assam, Independent (ULFA – I), National Liberation Front of Twipra (NLFT) and National Socialist Council of Nagalim also called upon the entire peoples of our “WESEA” region to boycott India’s Republic Day Celebration.
A joint statement of the militant outfit said as the Indian State’s pretence and deceit and her brutal suppression of our peoples have been exposed repeatedly and continued exploitation of the peoples of our Western South East Asia (WESEA) region in all spheres of life.
While referring to the Citizenship Amendment Bill, it said, “We must take up concrete measures to counter this demographic invasion. We, therefore, appeal to our peoples to Boycott Indian Republic Day Celebration in WeSEA with complete success and to remain indoors throughout the day and support our resistance movements. The peoples’ liberation movement will be victorious peoples standing behind us,” it said. (Courtesy: IE)