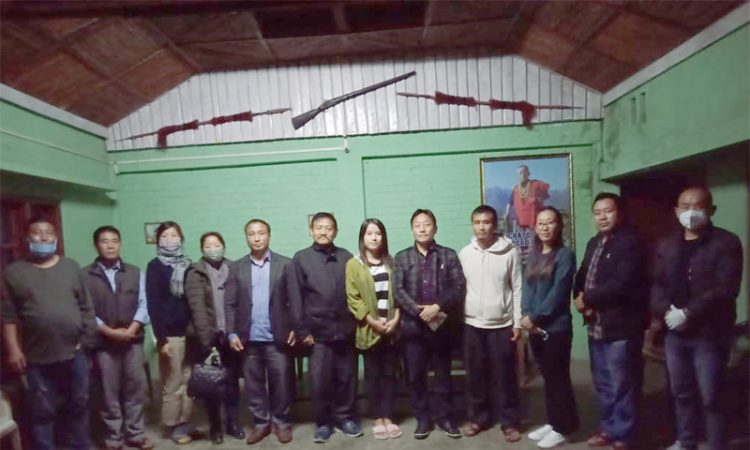 Kohima, October 28: The NDPP central youth organization led by Kohima Region NDPP Youth incharge Vichosel Rhutso, Kehounieu Thernuo, Vibi Rupreo and Alodi today reached out to NDPP Youth village unit of Phesama, Jakhama village and Jakhama Town and Pfuchama.
The NDPP central youth leaders encouraged the youth to take a proactive role in the democratic process and also to work hard and strive for excellence, said a release Vecüto Tenyi, General Secretary I/c IT and Media Cell, NDPP Central Youth Organisation. They also asked the youth to be the agents of change by saying no to corruption and encourage meritocracy.
The well experienced and dynamic youth leader Medo Yhokha is the right choice for the youth and to bring about change and development, they said.
His good works has earned him the NDPP ticket which has the Chief Minister Neiphiu Rio and PDA mandate.
Youth must work hard and bring Medo victorious in the by-election, Tenyi said. (Page News Service)