Dimapur, March 31: The NDPP’s 8- Western Angami AC along with its senior party men and key officials of the Units held its Lok Sabha Campaign kick-off program at the residence of its former NDPP candidate and CEC member Er Kevisekho Kruse on March 30 at Lerie Colony Kohima.
Er Kruse in his speech lauded the impressive changes and developments , especially roads improvement works , brought about during the last one year by the PDA government under the dynamic leadership of our respected and capable leader Neiphiu Rio.
He also stated that Tokheho Yepthomi , PDA’s consensus candidate is the best candidate, judged from all aspects, amongst the candidates in fray and, therefore, should be re-elected for the true interest of all the people of the State.
While Er.Kruse also appealed to all voters who could not be in their fold before to rethink and join in strengthening the hands of Neiphiu Rio, to take the State to the next level of progress for the benefit of all the citizens of the State. (Page News Service) 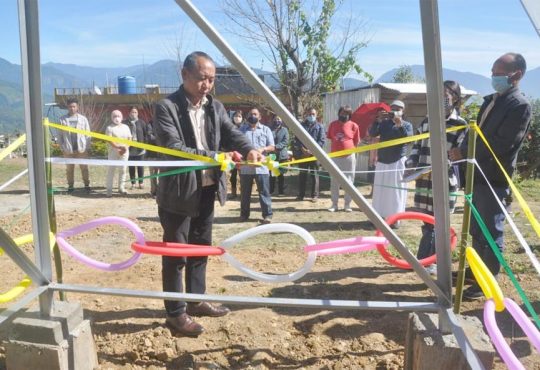