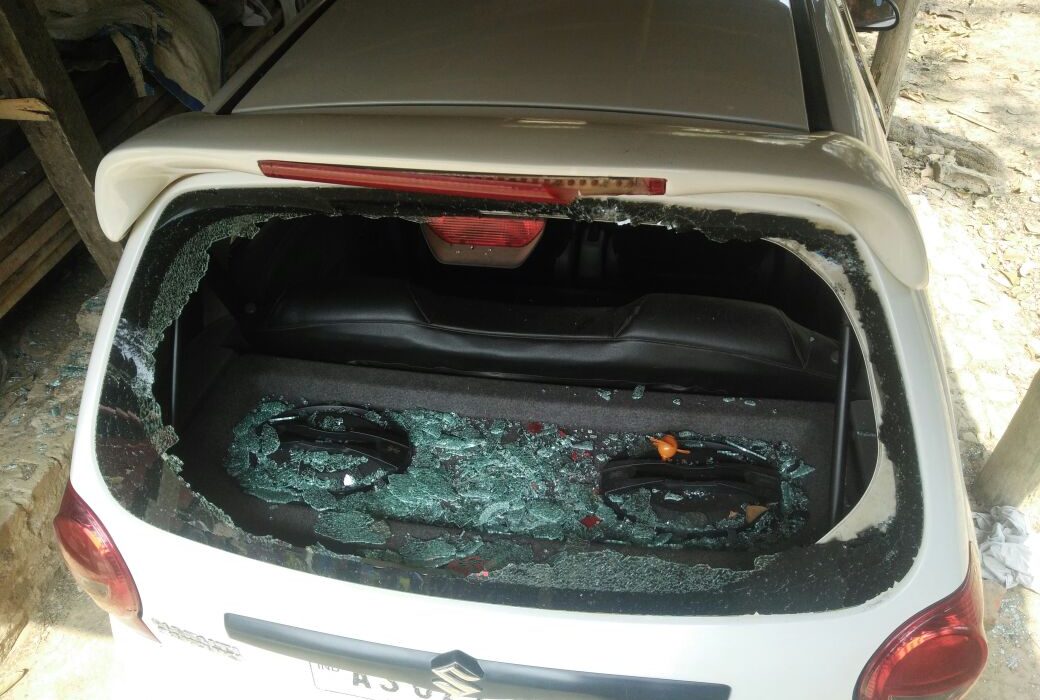 A vehicle was damaged in the alleged incident

dimapur, March 14: The NDPP, 3-Dimapur-III A/C has alleged that even after the completion of the state assembly elections, some group of youths from Kiyeto village are terrorizing and intimidating supporters of NDPP electorates.
In a release, the NDPP 3-Dimapur-III constituency alleged that on March 13 night some Kiyeto villagers attacked the residence of Jimy, unit president, NDPP Dhansiripar for supporting the NDPP candidate, damaged his house, vehicles, injured his sister and property of Jimy and his elder brother Thanghen.
The NDPP unit also accused Azheto Zhimomi, NPF MLA from the constituency of “using volunteers from Ghaspani-I Assembly constituency in every assembly election since 2003” and intimidating votes of Dhansiripar Sub-Division to win assembly election 2018.
“During the period of election, no others candidates were allowed to meet the electorates and intimated electorates to vote in favour of NPF candidate only or face dire consequences and that has happened on 14/3/2018,” it alleged.
In this regard, the NDPP unit appealed to the authority to take punitive action against the culprits, failing which the party workers of NDPP 3-Dimapur-III A/C shall not just remain a silent spectator. (Page News Service)